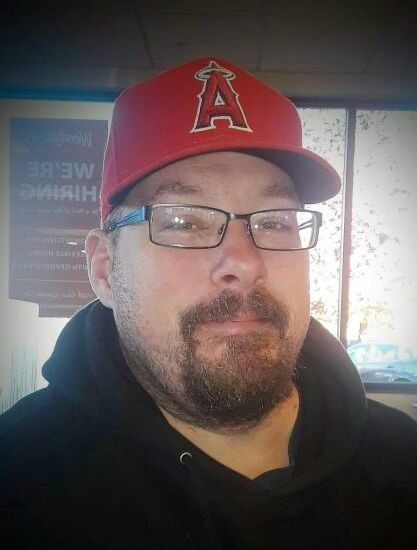 Jeffrey Lee Uldrikson was born to the late Lee A. Uldrikson and Linda Rae Uldrikson in Tacoma, Washington on February 25, 1975.

He graduated from Spanaway Lake High School Class of 1996. He married the love of his life Christine T. Cimmino in 2007. Jeff and Christine celebrated 14 years of marriage this past August. Jeff was a loyal  member of Mountain Highway Baptist Church. He was active on a local bowling league, he played for several softball teams and came to enjoy an occasional game of golf.

In addition to his parents, Jeff is predeceased by his grandparents Wayne and Val Uldrikson and an adoptive sister, Shannon Petersen.

A service of remembrance will be held 12 p.m. Saturday March 19 at Mountain Highway Baptist Church, 24621 36th Ave Ct E, Spanaway WA 98387. Those who wish to remember Jeff in a special way, the family asks in lieu of flowers for donations to the gofund me

To send flowers to the family or plant a tree in memory of Jeffrey Uldrikson, please visit Tribute Store

Share Your Memory of
Jeffrey
Upload Your Memory View All Memories
Be the first to upload a memory!
Share A Memory
Send Flowers