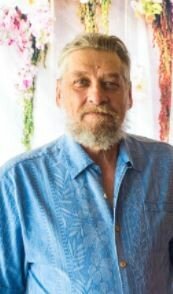 George Loyld McDougal 66, from Puyallup, WA, passed away Tuesday November 30, 2021, at home surrounded by his loving family. He was a loving husband, dad and papu to his wife, children and grandchildren. George was born August 21, 1955, in Montello, WI to Joan and Willard McDougal. He grew up in Ripon, WI with his four brothers. After he graduated from Ripon High School, he went on to join the United States Air Force. He proudly served his country for 20 years as a Loadmaster on the C-141 airlifter. During leadership school in Southern California, he met and married his beautiful wife Debbie and they moved to Puyallup, WA, where they made their home with three wonderful children. After retiring from the USAF, he enrolled in truck driving school and obtained his Class A Commercial driver license.  George enjoyed being out on the open road for 28 years until he retired in August of 2021.

George was an avid bowler in the South Sound area joining his local association in 1983 and going on to coach many youth bowlers and achieve many honor scores. He was able to achieve four 300 perfect games in his time as a bowler as well as three 11 in a row award’s.  He passed this passion on to his children and grandchildren in hopes that they would continue to pursue it, in his honor.

To send flowers to the family or plant a tree in memory of George McDougal, please visit Tribute Store
Thursday
9
December

Share Your Memory of
George
Upload Your Memory View All Memories
Be the first to upload a memory!
Share A Memory
Send Flowers