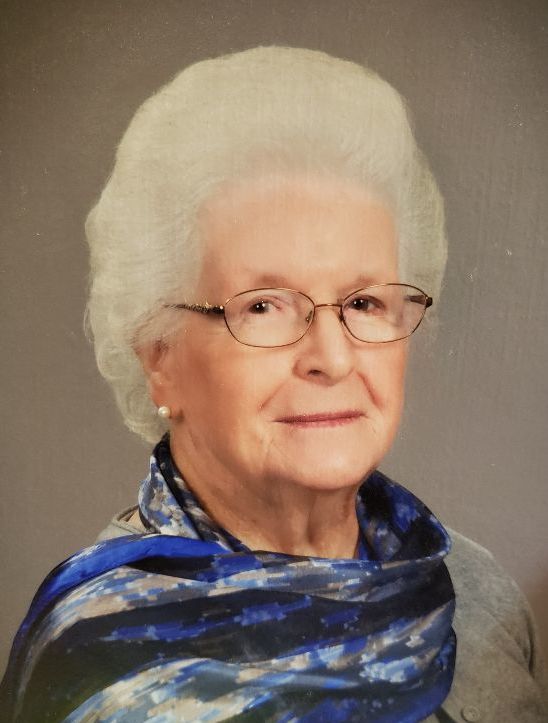 Jean Kindig was born on December 13, 1930 in Leeton, Utah, one of four children born to Roy and Ruth Publicover. They lived in mountain towns in Utah and Colorado before moving to the Northwest in 1944. Jean graduated from Roosevelt High School in Portland in 1948, the same year her family survived the flood in VanPort, Oregon. She married Lieutenant James Kelly Kindig in 1954 and his Air Force travels moved their growing family to Pennsylvania, Japan, and Delaware. Following his service and schooling, they moved to Arvada, Colorado in 1967 where they raised their three children. Jean was active in the Arvada United Methodist Church and was a board member for the Arvada Girls Group Home. Jean’s love of gardening and cooking connected her with the catering business where she worked for 8 years as a party planner and coordinator. Divorced in 1981, she later joined the May D&F Department Store as a department secretary and worked there until they closed their Denver offices in 1993. Jean loved to travel and especially enjoyed her trips to Mexico, Canada, the Caribbean, England, Portugal and Greece. She relocated to the Pacific Northwest and worked for a Puyallup law firm as a receptionist and bookkeeper until she retired. Jean was an active member of the Puyallup United Methodist Church for over 25 years, served on many committees and volunteered regularly. In recent years, she enjoyed her church group known as “The Gourmet Gals”.

Jean’s greatest joy was her family. She was the mother of Steve, who predeceased her, Sandy Adams (Craig) and Mark. She was most proud of her five grandchildren, Erika, Kelly (Monica), Kaley (Hayden Stevens), Logan and Kiley Adams, and her two great-grandchildren, Annalise and Vincent Vue. She passed away peacefully at her home on June 22, 2021.

To send flowers to the family or plant a tree in memory of Audrey Kindig, please visit Tribute Store
Saturday
31
July

Share Your Memory of
Audrey
Upload Your Memory View All Memories
Be the first to upload a memory!
Share A Memory
Send Flowers