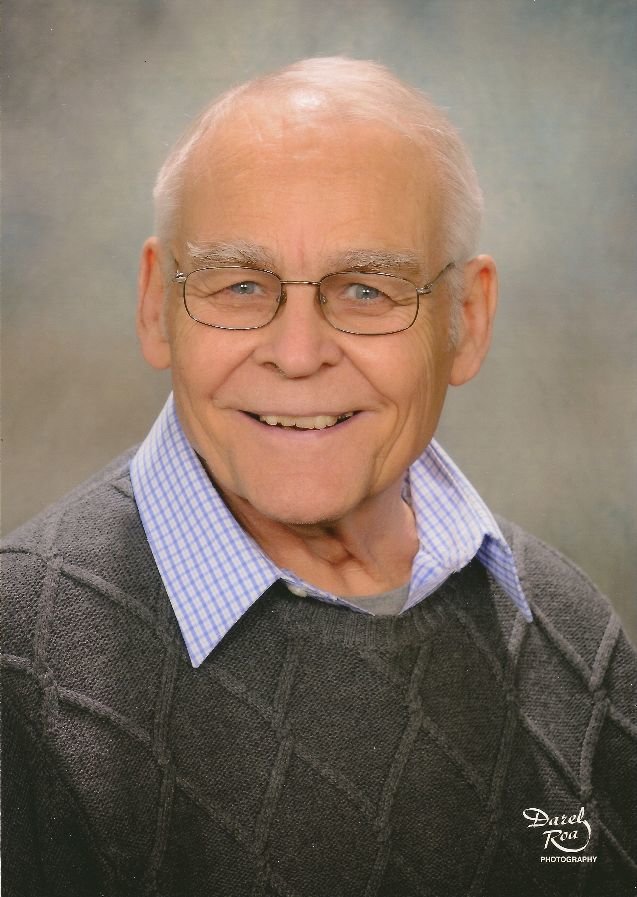 John Craig Walker, 86, died peacefully in his home surrounded by family.  John was born November 11, 1934 in Nevada, Iowa to Ruth and William Walker.  As a young boy, he enjoyed the fact that his birthday was always a school holiday.

John is survived by his wife of 63 years, Zoya, and their five children:  Tamara Jones, Lori Wehmhoefer (David), Daniel Walker (Tammy), David Walker (Kelley) and Katherine Falcone (Perry).  Also surviving him are 16 grandchildren and nine great-grandchildren.  He experienced the joy of meeting his newest great-granddaughter the evening before his final trip to the hospital.

John’s career took him across the country.  Upon graduating from Iowa State University with a BS in Chemical Engineering, he joined the staff at Ames Laboratory, working in what in those days was known as “critical Industry,” which entitled him for a shorter time in the Army.  But, even that time was shortened due to an undiagnosed heart condition.  He received a medical discharge and began working on a Master’s in Chemical Engineering.  Upon completion, John moved his young family to Los Alamos, NM, where he joined the staff of the Los Alamos Scientific Laboratory in the Plutonium Research and Development Facility.  While life on “The Hill,” as Los Alamos is known, was an interesting life experience with its highest per capita PhD’s in the US, another opportunity presented itself.   Donald W. Douglas Laboratory was being formed and was to be located in Richland, Washington.  John took a chance and soon became Section Chief of Nuclear Materials Operations.

But another move was still in the future.  Ever since John visited the Northwest as a ten-year-old boy, he yearned to eventually make this beautiful part of the country his home.  So, when Weyerhaeuser beckoned, it felt so right!  He was the happiest when he was the busiest.  Directing the transfer, relocation and start-up in new facilities of technical equipment and 850 scientists, engineers and supporting staff was his “cup of tea.”

John had a heart for the poor, while taking seriously the biblical standard of “not letting the left hand know what the right hand is doing” (Matt. 6:3).  Along with his MBA in Operations Management from the University of Washington, John enjoyed classes in biblical studies in the Fuller Seminary Extension program.  A life well lived!

In John’s so-called “spare time,” he showed all of his children the love of nature.  Camping was always on the menu, as was the love of animals great and small!  Falsely claiming that he had no creative talent, his woodworking skills betrayed him.  He was and is loved and cherished.

To send flowers to the family or plant a tree in memory of John Walker, please visit Tribute Store