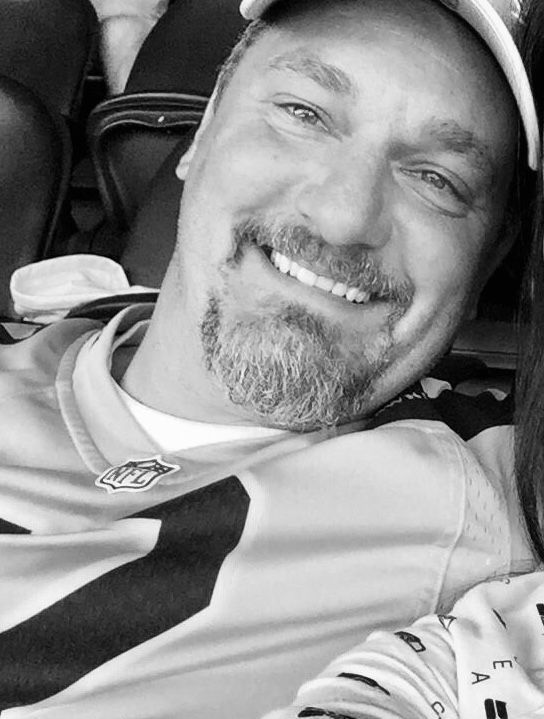 Jeffrey Michael Dixon — proud American, Super Dad, Seahawks fanatic, passed away to a better place on February 17, 2020 surrounded by his family and friends. He leaves behind his parents Jerry and Lola, siblings Shane and Stacie, wife and children.

Some of his fondest memories were growing up in Middleton, Idaho alongside his best friend Justin. Together, the two set out to conquer the world; doing things they’re not suppose to and running away from authorities.

At age 17 Jeff volunteered service in the United States Navy and immediately realized he didn’t enjoy being bossed around. He stuck out for one war (Desert Storm) and was honorably discharged.

Following his graduation from Boise State University, Jeff took on many jobs but it wasn’t until he met a bunch of roofers in Seattle that he felt this could be the one.

Jeff always wanted to own an AC Cobra but soon gave that up when he married an Asian that crashed every car they own. He met his wife Thuy in 2013. Two years later they both said ‘I do’ and since haven’t agreed on anything.

Of all he’s learned and accomplished, perhaps his most proud achievement in life were his children, Jr and Ella. While most of his friends were sending their children off to college, Jeff busied himself with Poopy Diapers 101. Happily and willingly, of course.

Beyond family, Jeff had a life-long affair with whiskey, bacon and McDonald’s quarter pounder with cheese. Maker’s Mark and wine companies everywhere are devastated by his loss.

Jeff was combination of someone who has love of life and a firm understanding of what was important — the simplicity of a life lived with the ones you love over any material possession.

All whom knew and loved him dearly will miss his witty humor, warm heart and generous spirit.

Well-wishers are encouraged donate to the Donald Trump campaign in an effort to Make America Great Again!

Share Your Memory of
Jeffrey
Upload Your Memory View All Memories
Be the first to upload a memory!
Share A Memory
Plant a Tree