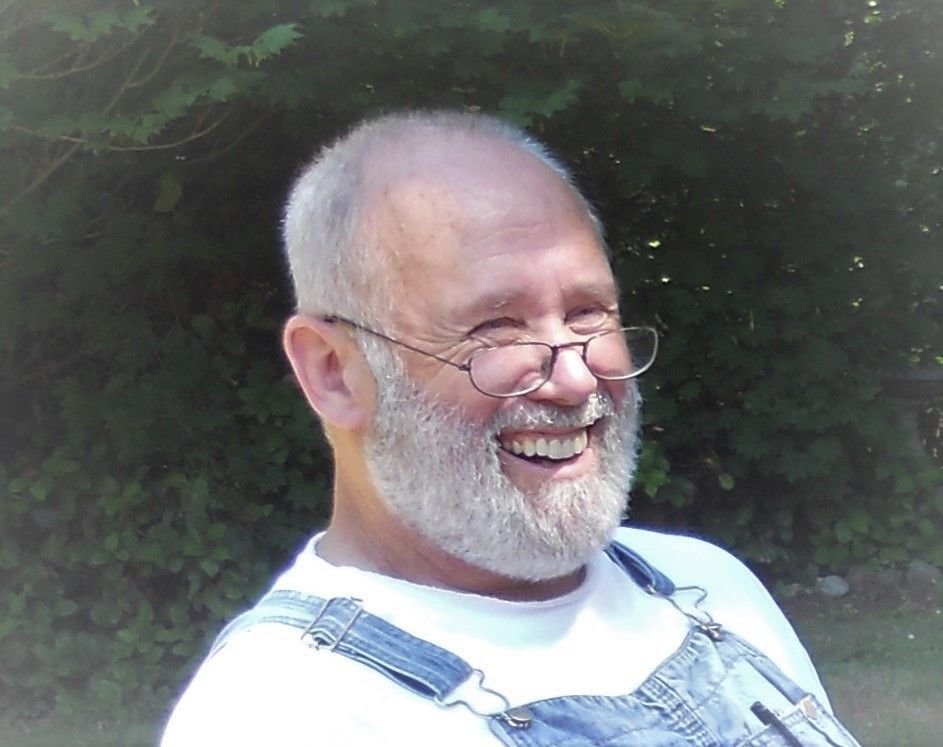 Born in Saint Maries, Idaho to George Asa Hayter and Marion Johnson Hayter. Grew up in Puyallup, Washington with younger sister, Helen. Spoke fondly of boyhood friends Ted, Wayne, Brian and Dennis. Graduated from Rogers High School in 1971. Married high school sweetheart, Janice Susan Wetherby in 1972. Present for the birth of his daughter, Kelly, at the old St. Joseph Hospital in Tacoma. He always said it was a nice sunny day. Joined the United States Army in 1973. Served in Germany where wife and daughter later joined him. Recognized as a sharpshooter. After completing service in the Army got a degree in civil engineering from Green River Community College. Worked as survey chainman for many years, hacking through bushes with a machete, getting stung by bees and chased by dogs. Driving the crew truck all over the county. Knew how to get anywhere, said it took about half an hour to get there.

What he really loved was flying, getting his pilot’s license at sixteen years old. Enjoyed taking friends and family flying. Built his own ultralight from a kit, flew it over Mount Saint Helens after the eruption to take photographs. Did a few emergency landings in fields or empty streets. Built his own business doing aerial photography from ultralight or airplane. Later, got into skydiving and logged thousands of jumps. A member of USPA, United States Parachute Association. Did photography, stills and video, from freefall and under the canopy.  Travelled the country and the world to film skydiving adventures in canopy relative work and freefall formations, some of them world record attempts.

Later in life became a septic designer, continuing to fly and skydive while the body allowed. When no longer able to go to the sky, he began to look at the stars and the sun with a telescope. A lifetime member of Tacoma Sportsmen’s Club, enjoyed shooting trap and skeet, volunteered doing set up and helping with events. Liked working on his many vehicles and building things. Enjoyed playing with his cats, feeding the birds and playing the guitar.

Will be remembered as a kind and generous person with beautiful blue eyes and a wonderful smile.  Lived life without fear of death and ordered dessert first. Preceded in death by parents George and Marion. Survived by wife, Janice Hayter; daughter, Kelly Hayter; sister, Helen Kunkel (Ron) and numerous cousins.

To send flowers to the family of Patrick Hayter, please visit Tribute Store