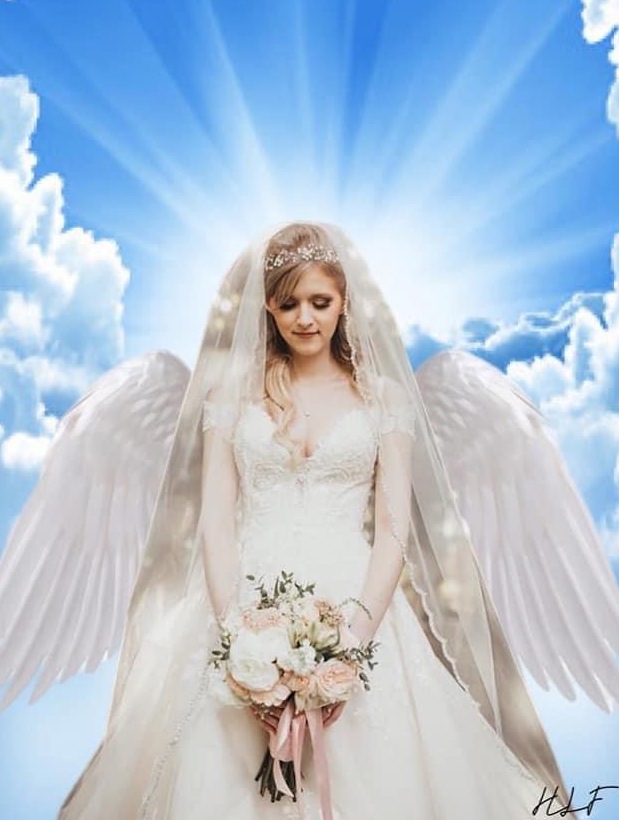 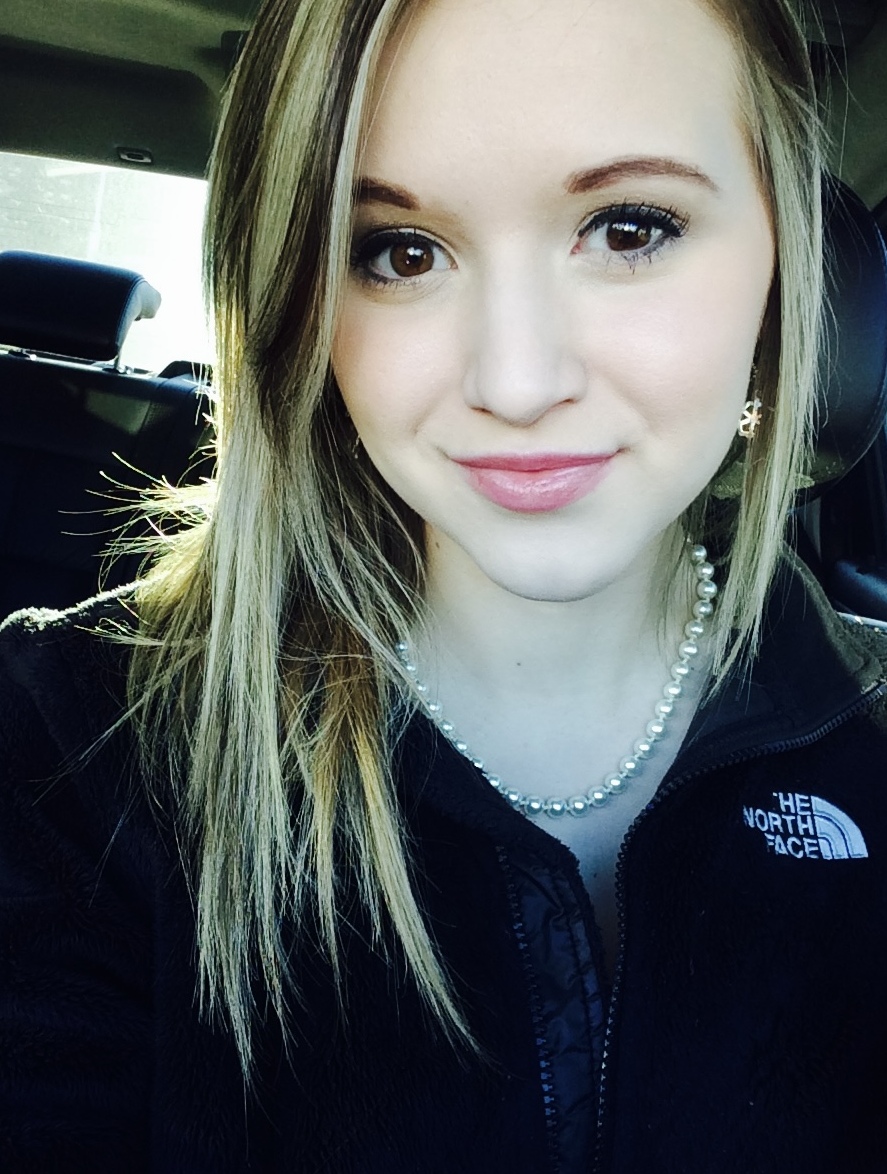 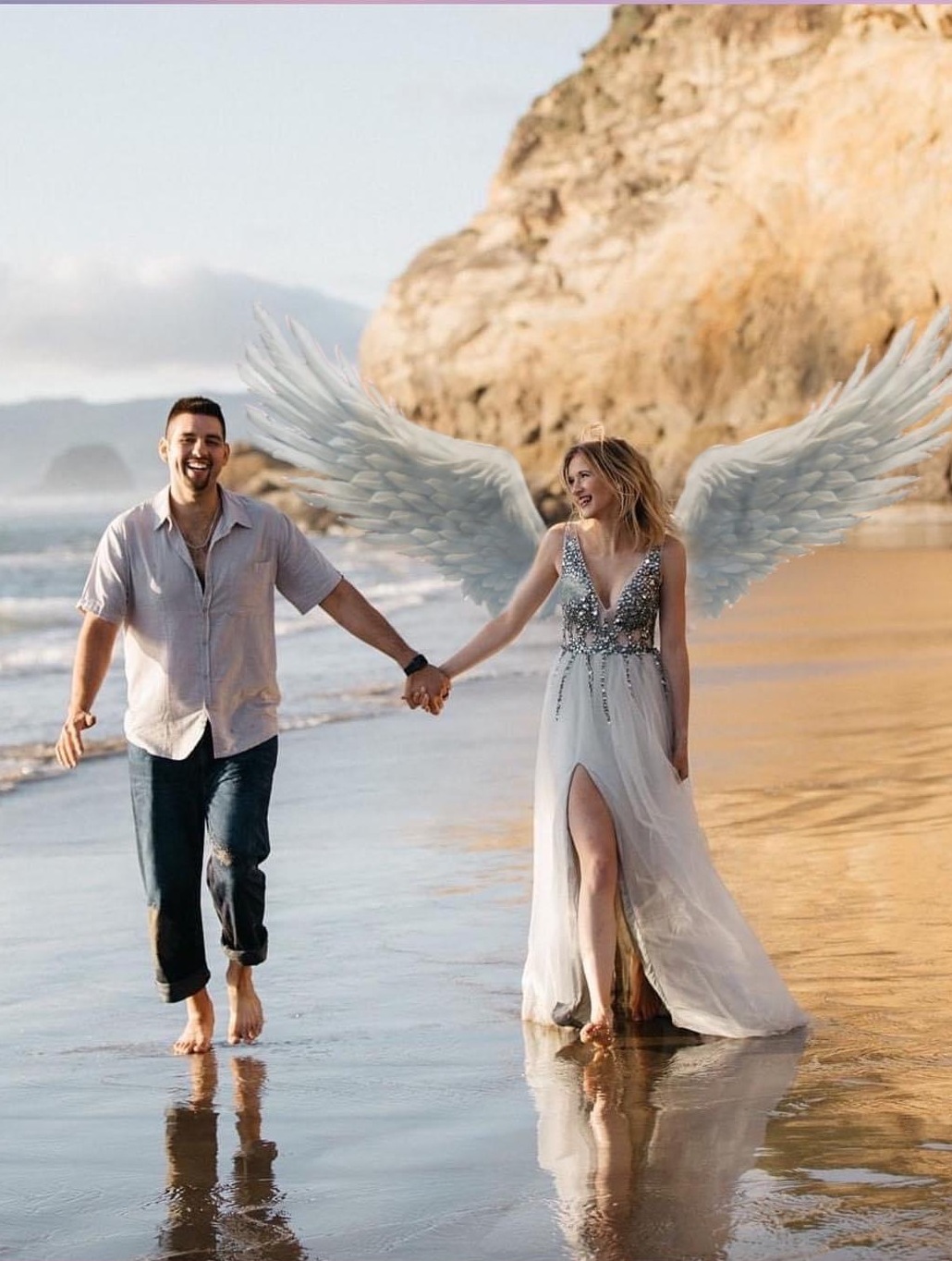 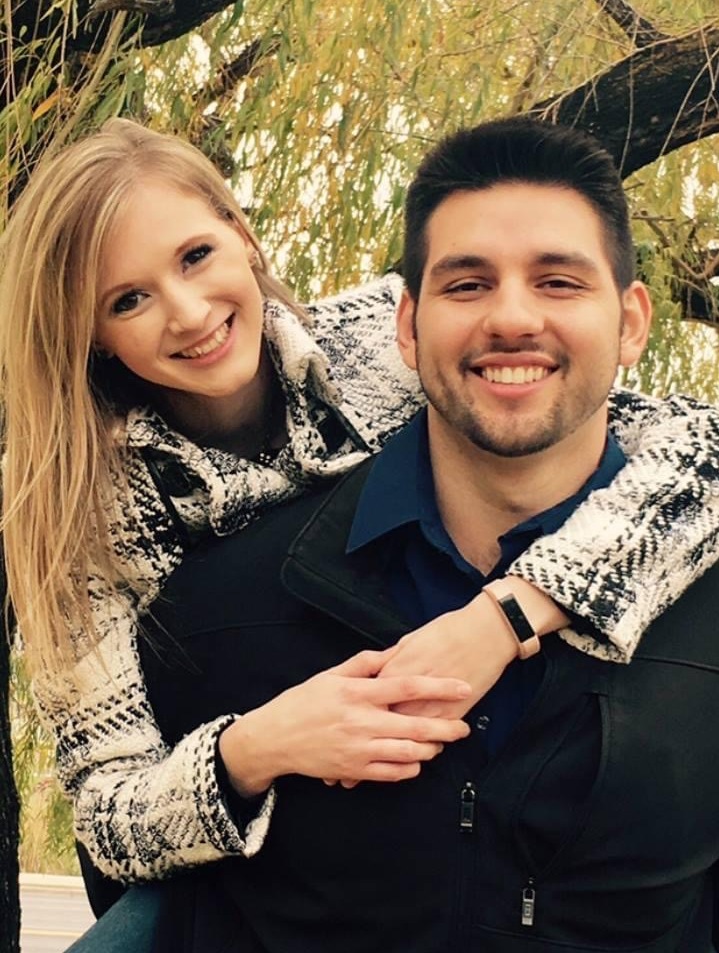 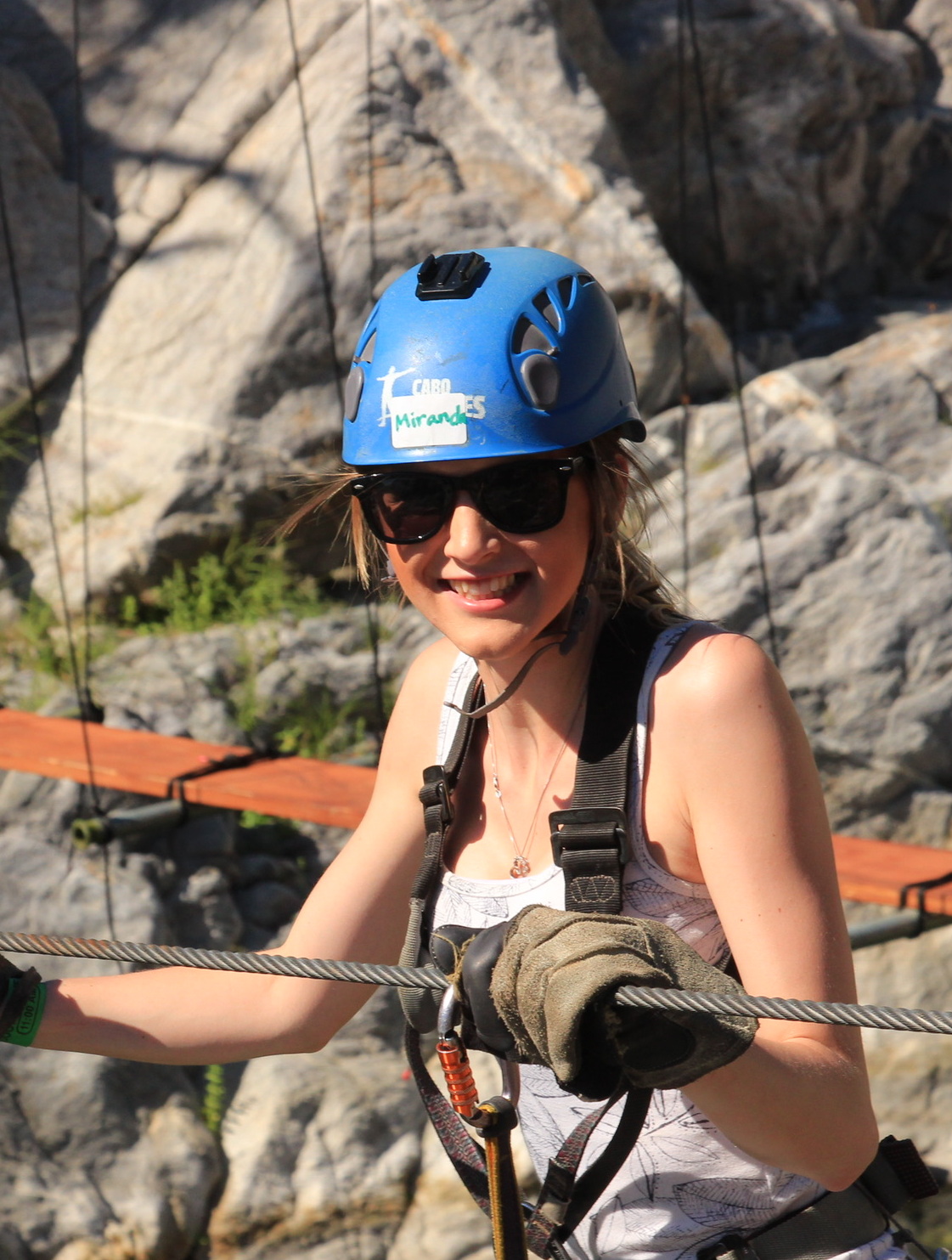 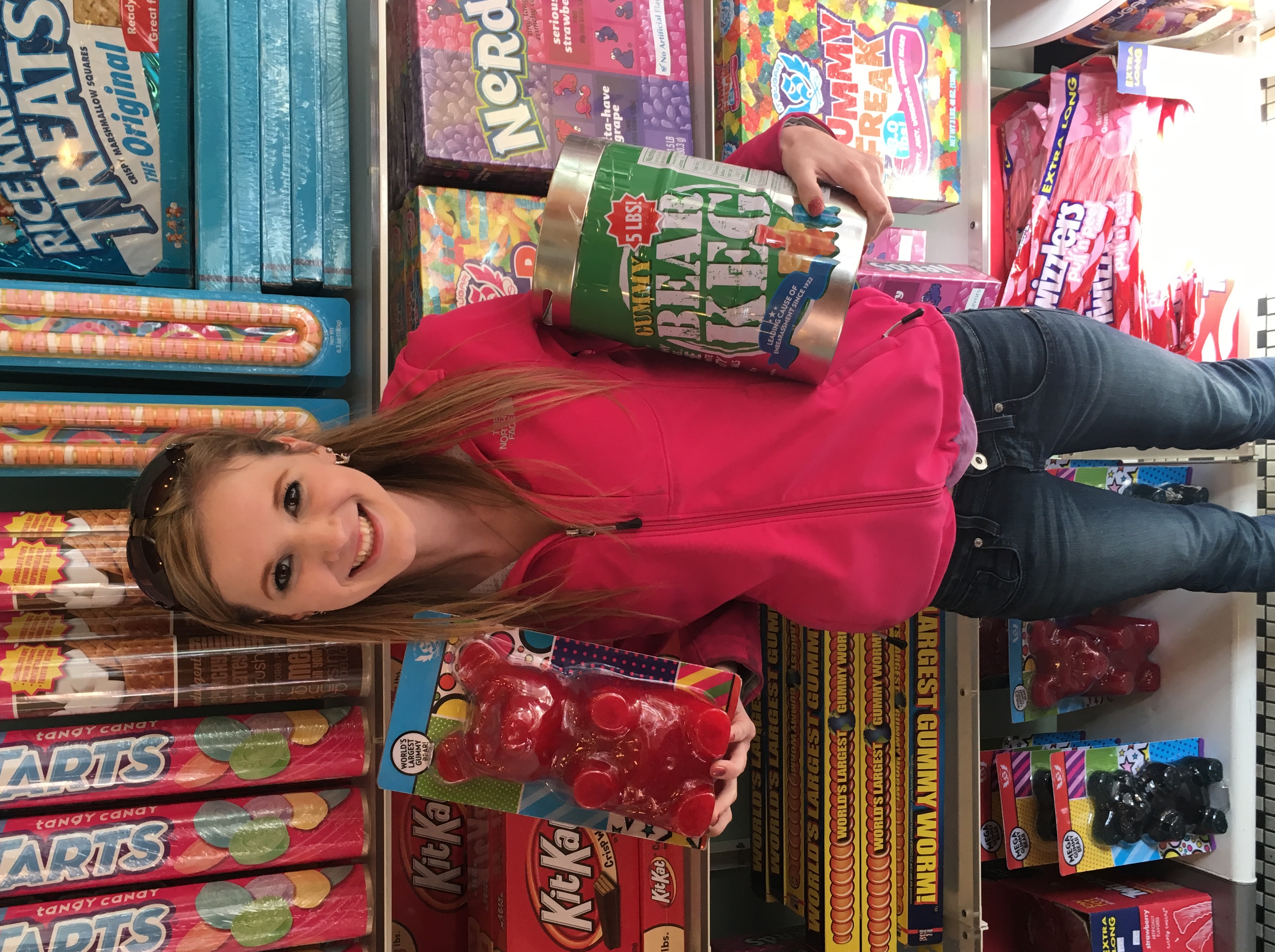 Miranda Rae Haecherl was a beautiful soul whose journey in this world came to an end far too soon at the young age of 29 years old. As Tuesday transitioned into Wednesday on June 15th, 2022, Miranda took her last breath at the stroke of midnight – after a two-year battle with Stage IV Brain cancer.

Miranda was born at Saint Elizabeth Hospital in Yakima, Washington to Lisa and Randy Mackey. She was their first-born daughter, followed by her sister Ary Mackey. Miranda grew up a happy, loving, easy going and funny child. She loved to make everyone laugh with her cute smile and "take charge" attitude. She always knew exactly what she wanted in life and when she created a goal for herself, she worked harder than anyone else to achieve it. As a child, Miranda always had to stay busy and she took that habit into her adult life. She started swim lessons and gymnastics at a very young age and took up ballet by age eight. She continued to do ballet, jazz and sing until the tenth grade when she joined the dance and drill team for two years.

Miranda possessed such a brilliant mind and terrific work ethic that most of us could not compete with or comprehend due to the enormity of the work-load.  She was able to juggle high school, college, and a full-time work schedule all during her senior year. She began the "Running Start" program at Yakima Community College during her junior year in high school. Her work experience began at Oakridge Montessori School where her mom teaches and she was a Swim Instructor/Life Guard and a Teacher's Assistant for a couple of years. Shortly after she started her second job at Solarity Credit Union as a Teller which is where her love for finance developed. This role led to her third occupation which she loved most of all, she became a nanny for two little boys who she adored and loved so very much. Miranda really enjoyed spending time and building a strong bond with kids thanks to all the love her mom showed her growing up.

What an amazing young woman Miranda was. She was bright, talented, intelligent, funny and most of all stunningly beautiful and down right gorgeous.  Miranda became interested in Psychology as a profession and embarked on her fourth occupation as a Mental Health Technician at Orchard Manor Comprehensive Health.  By the time she graduated high school at the age of eighteen, she had also received her Associates degree from Yakima Community College. Shortly after, she pursued her Bachelor of Arts from Central Washington University, where she earned her degree in Psychology and met the love of her life. During this time, Miranda once again managed to juggle up to three jobs at once so she could pay for school and live the life that she loved…freely.

After receiving her degree, she took the biggest risk of her life by quitting her jobs and moving to western Washington in hopes for better career opportunities. That's the official reason that every one is told, however the true reason she moved was to be closer with her now husband (at the time boyfriend). After some time had passed, she landed a role at Boeing Employees Credit Union as a Teller. Once she recognized how awesome BECU was, she quickly began climbing the corporate ladder and excelled at every role she applied for. She became a Concierge, Member Consultant, Financial Health Check Specialist and a Card Services Specialist working her way to Investment Services. She was so proactive in each role to the point that she would only stay in her role for six to twelve months at a time before receiving a promotion or transitioning to a new role. She was a real go-getter and a person who deeply cared about others which led her to receiving numerous awards, acknowledgements and promotions during her five years with BECU.

Miranda’s company was enjoyed by many as she was a selfless, kindhearted, and loving person. Miranda might have been the sweetest person you will ever meet. She would always smile at you when you walked by and say hi even if she didn’t want to because she has always been very nice, genuine, and polite. Do not let the politeness fool you though, she was a straight shooter and would let you know exactly how she was feeling if you rubbed her the wrong way. Her heart was filled with fire and passion which brought warmth, comfort and security to her loved ones. Miranda loved listening to music and signing when she put her make-up on in the morning. She ensured that she always looked beautiful and perfectly splendid before walking out the door to take on the day. There wasn’t a single day that she did not “get ready” despite how challenging daily circumstances can be. The one item she enjoyed most before leaving the house though was her ice-cold coffee. The day just wouldn't go right for her if she didn’t have it.

Miranda and her husband had a shared enjoyment of streaming new shows on the many platforms out there in addition to going to the movies whenever they could. She learned many hobbies over the years such as making all natural, cool looking soaps and crafting beautiful and refreshing smelling candles. She even picked up crochet and created several scarfs, hats and blankets that she shared with her closest loved ones. Miranda was mastering the art of “Lettering” so she could hand craft personalized gifts and messages to friends and family for special occasions. She loved to travel and it didn't matter where as so long as there was an adventure involved. She enjoyed traveling with her husband to sunny places where the beaches were warm and the water was clear. Her favorite destination was her honeymoon in St. Lucia, a Caribbean Island where she enjoyed spending most of the day on the swings right where the water meets the sand on the shore of the beach. She enjoyed eating a pound and a half of crab, deep fried sushi, steak with potatoes, and waffles with strawberries on top. It would be an understatement to say that Miranda "really" enjoyed her sweets, because she absolutely "loved" them. She adored an assortment of sweets such as chocolate, cookies, cupcakes, pies, gummy’s and slurpee’s – pretty much anything with sugar in it, she loved it.

Miranda will be greatly missed especially by her husband and her family. Miranda wanted to thank everyone for helping her complete her bucket list, as she was able to set her soul free and be at peace for living a full life in a such a short period of time. A great friend once asked Miranda what she would like to leave behind when she leaves this world and her response was, “Love. I want the people in my life to know that I loved them and cared about them very much. I hope they never forget that.”. A quote she saved from Brain Tumors Suck, “ What Matters Most Is How You Walk Through The Fire”. Miranda walked bravely and fiercely through the fires of hell and we are so proud of her for never ever giving up. She never gave up hope for a single second. She was a beautiful Warrior Princess who not once shed a tear on her journey and fought on until the moment she passed. She is the definition of what true strength is and we will never forget her.

Miranda Haecherl’s Celebration of Life will be held on Monday, June 27th at the Arboretum in Yakima @ 12PM. The address is 1401 Arboretum Drive Yakima, WA 98901. Thank you everyone for all of your love and support.

To send flowers to the family or plant a tree in memory of Miranda Haecherl, please visit Tribute Store
Monday
27
June

Share Your Memory of
Miranda
Upload Your Memory View All Memories
Be the first to upload a memory!
Share A Memory
Send Flowers