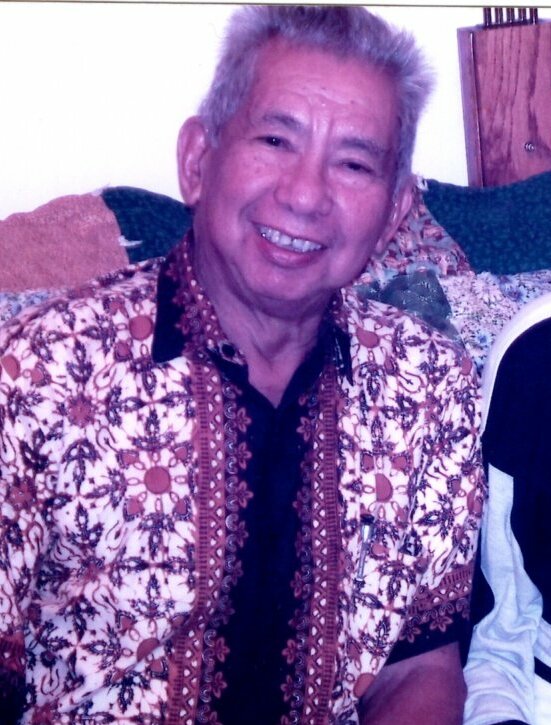 William “Tony” Wyatt, age 89, passed away peacefully in his sleep at his daughter’s home on Tuesday March 29th, 2022. Tony was born on September 8, 1932 to Willy and Johanna Wyatt. He was born in Indonesia and lived there until 1950. Tony lived many places throughout his life including: Mexico, Washington, Netherlands and New Guinea. Tony excelled in everything he did; while living in the Netherlands he met and married the love of his life, Johanna. Tony and Johanna came to the United States in 1961. They were sponsored by the Dutch government in conjunction with the United States refugee resettlement program.  The Chimacum-Hadlock Methodist Church asked that a family be sent to sponsor. They ended up being longtime residents of Chimacum from 1961 - 1999. They had two daughters; Jacqueline and Patricia.  They spent 48 years happily married before Johanna’s passing in 2007. Tony worked for the military as a quality assurance inspector in Keyport, WA. Tony had a passion for music and he loved to cook Indonesian dishes and had a love for flowers and growing fruit trees. He always surrounded himself with his friends and family, which is where he felt most comfortable and loved. He is survived by his two daughters Jacqueline (David) of Republic, WA and Patricia (Larry) of Spanaway, WA, brothers; Bob Wyatt (Mexico), Franklin Wyatt (Netherlands), sisters; Ellen Mieras, Lily Knopper (Netherlands), Bea Wyatt-Fletcher (England), 3 grandchildren and 2 great grandchildren. Tony is preceded in death by his wife, parents Willy and Johanna, and sister Jolly Gildbrandsen. A Celebration of Life is to be held on September 3, 2022 in the Netherlands

To send flowers to the family or plant a tree in memory of William Wyatt, please visit Tribute Store