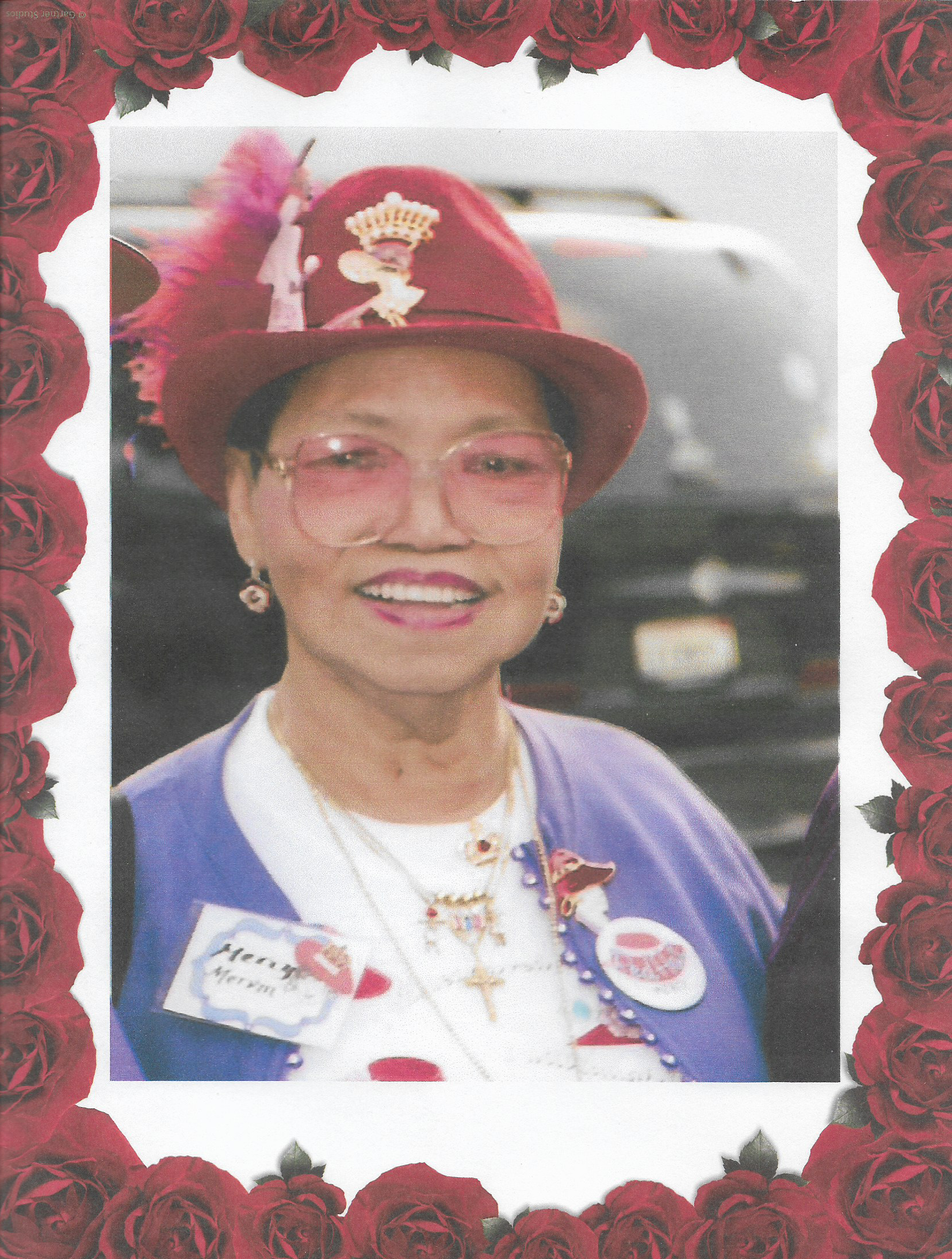 Maria (Mercy) Mercedita Estonilo Merwin passed away peacefully on Friday, March 18, 2022, about 3:50pm at home in Puyallup, WA. She was surrounded with the love of her sons and daughter in law. She was 83 years old.

She was born in Agoo (pronounced ago-oh), Philippines, on April 9, 1938, to Bonifacio and Encarnation Estonilo.

At the age of 16, Mercy left the family home in Subic to live in Manila, where she went to school to become a seamstress. For a short time, she even had her own little seamstress business. Later, she moved back to Subic. While working at a Sari-Sari store, near the naval base, she met a young sailor named Ray Merwin. She didn't like him at first, but it was love at first sight for him and he was persistent. In time, he won her trust, and they were married on Valentine's Day in 1963. Ray and Mercy had three boys and one girl, but tragedy happened and they lost their baby girl at six months old.

Mercy moved to the U.S. in late 1964 to be with her husband. Later, she became a U.S. citizen. She was very proud to gain her hard won citizenship, but she never lost who she was or her heritage and culture.

Mercy was straightforward, hardworking and fiercely dedicated to her husband and family. She loved to cook! She had many friends and was always happy to feed anyone and everyone.

She belonged to The Newcastle Grange in Washington state and held the office of Chairman of Women's Activities. She was also Queen Mother of her local Red Hat Society in Yuma Arizona.

Mercy worked hard at many different jobs among them, picking in the fields of the Puyallup Valley, working in the Main Fish Plant on Seattle waterfront, laundering, hotel housekeeping, waitressing, and nursing assistant. She would work at anything to achieve the American Dream. Eventually, she was hired by the Boeing Aircraft Company, where she worked for 20 years before she retired in 1995.

After retiring, Ray and Mercy sold their house in Renton, WA, and "hit the road" in a motor home. They traveled the entire U.S. and parts of Canada for nearly four years. She often said these years were the happiest of her life. When they settled again, they made Yuma Arizona their new home.

Mercy was loved by many and will be missed by all, but her spirit and drive is carried on in her children and grandchildren.

She is survived by her three sons, Ray Jr, Tony, (daughter-in-law, Shawn), and Marlon, who all live in the Puyallup, WA, area. She is also survived by many grandchildren and great grandchildren. She leaves behind one sister, Virginia (of Olongapo, Philippines) as well as numerous nieces and nephews.

She is preceded in death by her beloved husband Ray; her daughter, Gladys; a granddaughter, Hope; and a great grandson, Zander.

She has gone on to reunite in Heaven with her parents, Bonifacio and Encarnation, and siblings Guillermo, Benita, Jamie and Lolita.

There will be a small gathering in Ocean Shores, WA, on her 84th Birthday in her memory. Then she will be taken home to the Philippines to be laid to rest.

To send flowers to the family or plant a tree in memory of Maria Mercedita, please visit Tribute Store

Share Your Memory of
Maria
Upload Your Memory View All Memories
Be the first to upload a memory!
Share A Memory
Send Flowers