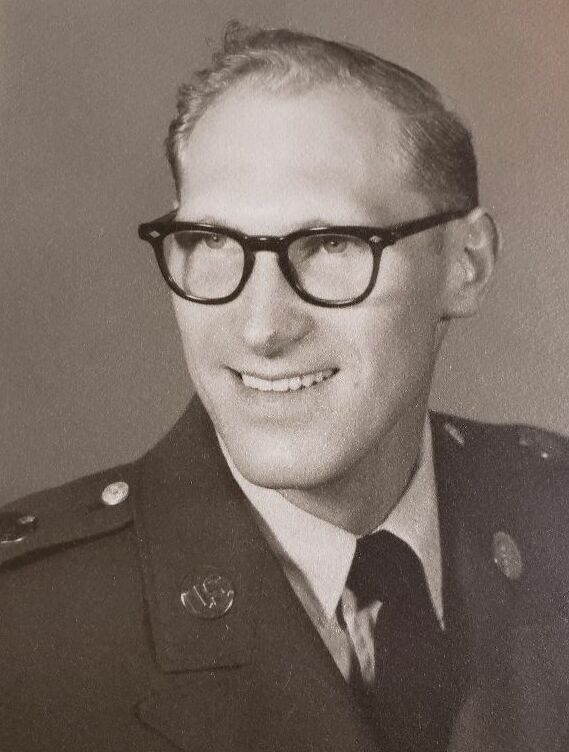 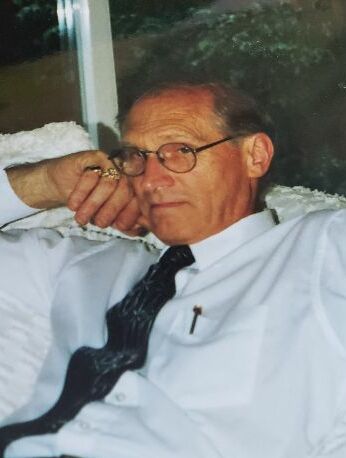 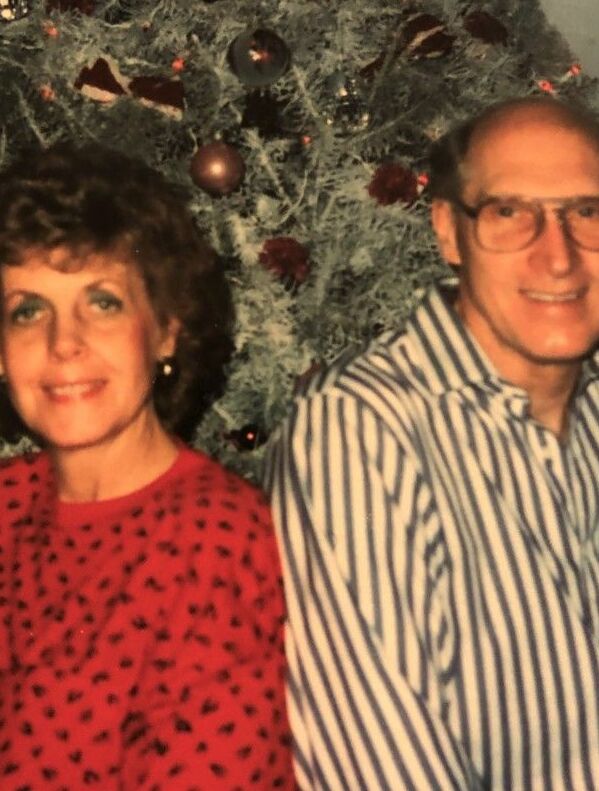 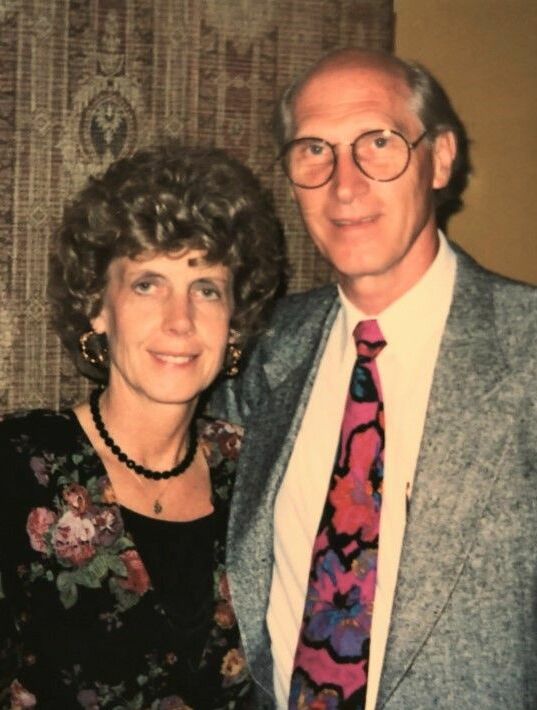 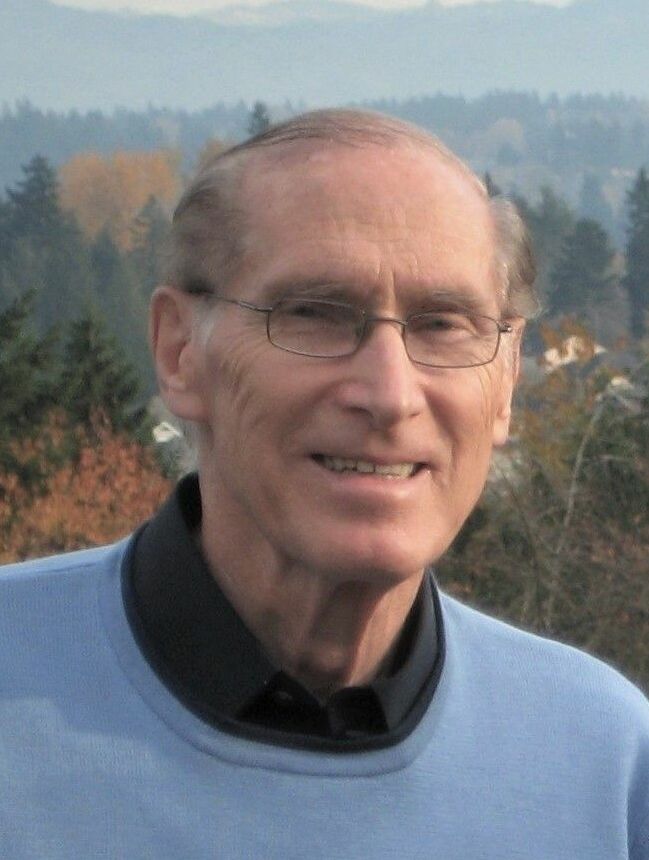 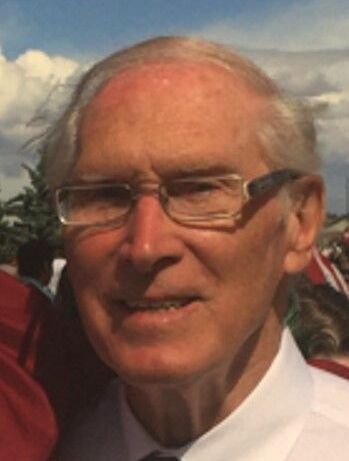 Richard Cornelius Funk was born April 15th, 1936 in Wolf Point, MT to parents Cornelius C. & Helen (Thom) Funk and passed away with family by his side on September 9th, 2021 in Tacoma, WA.

Richard was an endearing example of what a Man of Faith should be.

Rich grew up in Culbertson, MT.  His father had the Chevrolet Dealership, so at an early age he became aware of his mechanical ability.  Every day he had to clean all the tools.  He found it fascinating to see how each had a purpose.  At the age of 7 he accepted Jesus Christ as his Personal Savior.  The most profound experience of his life was when he received the baptism of the Holy Spirit at age 11.  That anchored his Pentecostal faith and guided him throughout his life.

One day when he was 10, he felt very ill, so he went into the house and laid down.  All he remembers is his family praying for him and 3 days later he woke up in the Williston, ND hospital.  By God’s grace an Army Doctor had just come on staff. He diagnosed Rich with Spinal Meningitis.  Due to his Army training he knew to use penicillin.  Rich was the first patient at that hospital given penicillin, which saved Rich’s life.

Rich’s family moved to Wolf Point, MT, when he was 13.  That is where he met Marlene. There they shared church and graduated from High School together. Despite claiming to hate school he achieved making the Honor Roll his senior year.  To make his graduation memorable he fainted at the middle of the Commencement Address; however, returned in time to accept his diploma and bid farewell to education!

His father had a Buick dealership and gas business; thus, Rich spent a year driving a gas tanker trailer 500 miles to Cody, WY, every week. He had many harrowing adventures driving the winter Montana roads and crashing in the ditch.  When stopped by the Highway Patrolman, he was told he couldn’t drive the tanker truck unless he owned it.  He said, “I DO!”  That took care of that problem.

In his early 20s, Richard decided to try “City Life.”  In Tacoma he found a job at Tam Engineering, a Ford Authorized Engine Remanufacturer Co. Rich hated school, so it was shocking when he made a decision to enroll at Evangel College in Springfield, MO, to pursue a degree in teaching. He loved this adventure but it was short-lived when he received an invitation from Uncle Sam, which he just couldn’t refuse.

Rich’s Army Vocational Exam score on Mechanics was off the charts! They were thrilled to finally have someone fix the JEEPS!  He wanted a new challenge, so checked “Medics” but he was advised “No Way”! He was totally in shock as he opened his orders and it said “DENTAL,” so he headed to Fort Sam Houston, TX. The schooling was hard but he absolutely loved it. He graduated 2nd in his class to receive an equivalent of a 2-year Dental School achievement. Rich married his forever love on December 27, 1959 in a Montana blizzard and they spent the remainder of his army obligation at Fort Ord, CA.

They moved back to Tacoma and he continued working at Tam.  He left Tam in 1992 as Vice President. The Wall Street Journal noted him as one of the most knowledgeable people in his field.   He served on the Technical Committee of Ford Motor Company and was on the Board of Directors of the PERA Association.  He knew how every piece of machinery worked and what it could produce.

Rich wrote by way of example and action one of the greatest ever unwritten and unpublished books on achieving the American Dream. His decision to depart from Tam proved to bring even more accomplishments to fruition.  As soon as companies knew Rich was no longer at Tam he started getting calls and it developed into a Consulting Career.

Wherever he went he knew they could become successful “IF” they followed The Rules and you could not deviate from them.  He loved helping companies achieve their potential and was thrilled when he was able to bring some companies out of bankruptcy.

Rich will always be known for his outlook on life, and especially his calming demeanor. He loved teaching his children whatever the subject and was always patient.  He truly loved his family. His main caption to them was always remember, “Persistence is a very valuable asset.” This he truly did!

He exuded a wholesome persona that equally welcomed your jokes or your tears, always selflessly available to provide advice or to recall a time gone by. He had a gift of listening and could give wise counsel. He was truly one-of-a-kind. He will be missed, and always remembered.

There will be a memorial service held at 11AM on Friday, October 22nd at Sound Life Church (AKA Spanaway Assembly of God) located at 3425 176th St E, Tacoma, WA 98446.  A luncheon will follow at the church.

To send flowers to the family or plant a tree in memory of Richard Funk, please visit Tribute Store