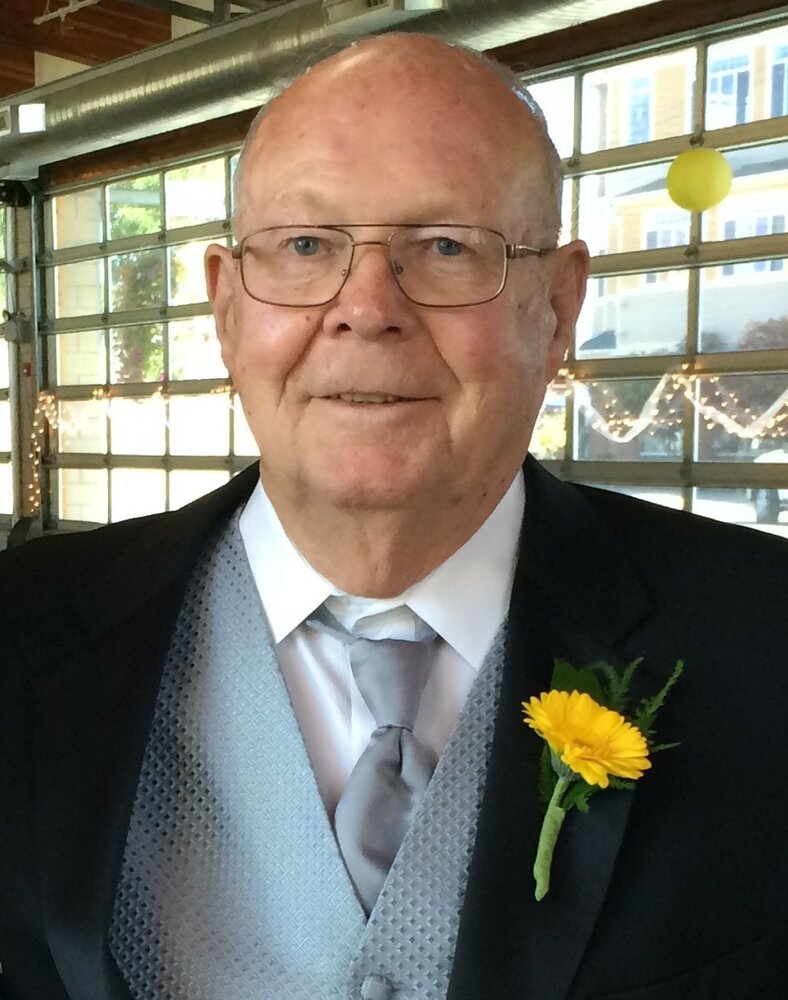 He was born to Elmira (Henderson) Shipman and Richard Daniel Shipman on June 15, 1936 in Devils Lake, ND and was raised in Eugene and Olympia before settling in Puyallup.

A 1954 graduate of Puyallup High School, Richard was very proud of his service in the United States Army as a Military Policeman at Fort Bragg, NC.  He married Carol Christianson in 1960 and they made their home in Puyallup for all but nine years when they lived in Bellingham.

Richard enjoyed a 45-year career in the grocery business, first as a butcher at Geiger’s Market in downtown Puyallup, and later at Arden Mayfair stores, eventually rising to become a meat supervisor overseeing the Western Washington region.  He spent a decade at the corporate office of Haggen Food in Bellingham and concluded his career at Associated Grocers in Seattle.

During retirement he enjoyed spending time with Carol and his lifelong friends Bill and Nadine Morris and Mel and Marilyn Bradley.  His grandchildren and great-grandchildren brought him much joy, as did any day spent with his fishing rod.

A graveside service with full military honors will be held on Thursday October 21, 2021 at 10 a.m. at Tahoma National Cemetery in Kent, WA.  Due to COVID restrictions seating may be limited and masks must be worn.   A reception will follow at the family residence – please contact richardshipmanreception@gmail.com for details.

In lieu of flowers, the family requests that memorial gifts be made in support of the Memory and Brain Wellness Center at UW Medicine (www.give.uwmedicine.org/give).

Services under the direction of Hill Funeral Home (www.hillfhpuyallup.com).

Share Your Memory of
Richard
Upload Your Memory View All Memories
Be the first to upload a memory!
Share A Memory