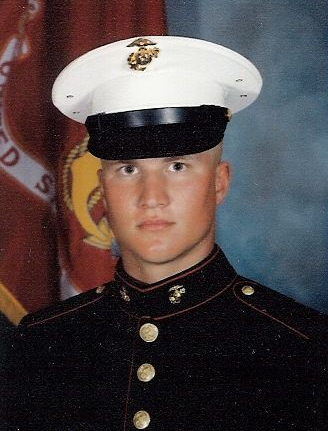 PUYALLUP—Lamont Kay Peabody, 54, passed away on Septemer 2, 2021 in Puyallup, Washington.

He was born on February 9, 1967 in Salt Lake City, Utah to Ivo Clarence Peabody and Kathryn Irene Jacobsen Matthews.

Upon graduation from high school, Lamont joined the Marines.  He served for seven years, from December 1985 to November 1992 as a combat journalist.  He was stationed in Japan for two years, then served in the first Gulf War (Desert Storm) as the Editor in Chief of the Marine Corps newspaper in Saudi Arabia.  When he came stateside, he was a daily TV reporter for two years on KPEN Channel 38 in San Diego, and also a weekly radio commentator, reporting military news and feature stories for military people living in southern California.  He also rode a horse named Gertie in the Marine Corp. Mounted Color Guard in parades in Southern California.

Lamont graduated from Centralia College Worker Retraining Program with an Applied Science Associate degree in Electronics, Robotics and Automation (ERA) in 2011 which specializes in computer-controlled automation and robotics.  At the time of his graduation, he was the only student from the ERA program to hold an associate level of competence from the International Society of Certified Electronic Technicians (ISCET). He qualified for an international electronics certification.  Lamont was elected to the American Society of Safety Engineers (membership by invitation only).  Because of his expertise as an industrial engineer, Lamont and others met monthly with the lawmakers at the California state capitol to advise them in writing and updating new industrial safety laws.

Lamont was preceded in death by a brother, Lyndall Ray Peabody and half brother, Jonathan Lee Matthews.

To send flowers to the family or plant a tree in memory of Lamont Peabody, please visit Tribute Store

Share Your Memory of
Lamont
Upload Your Memory View All Memories
Be the first to upload a memory!
Share A Memory
Send Flowers