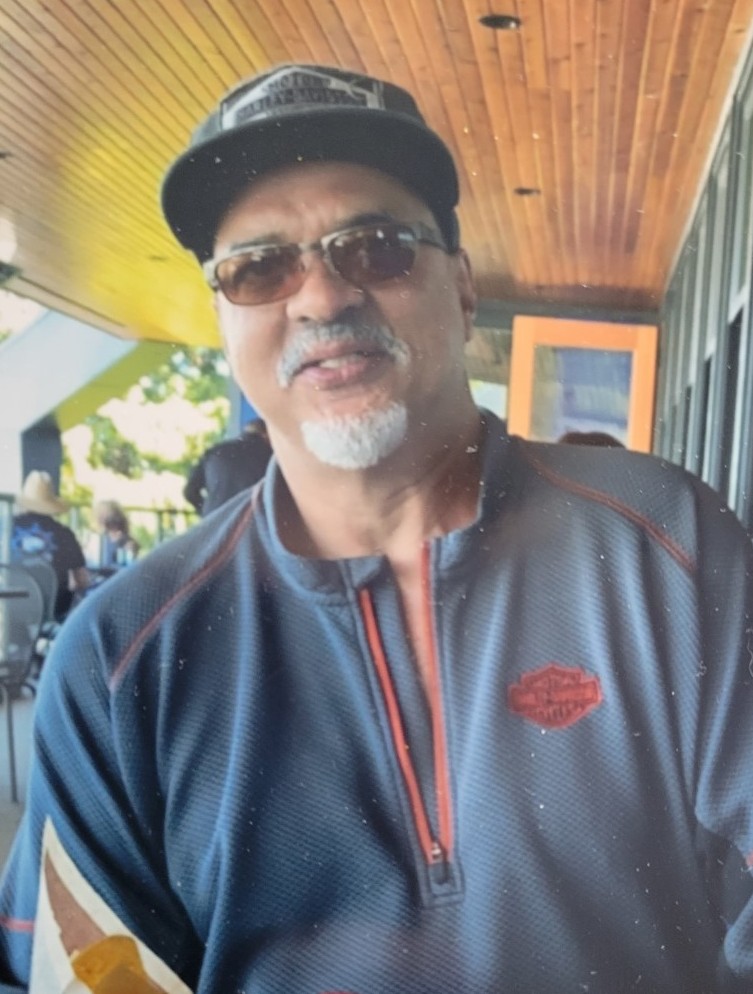 Christopher Wayne Snell, age 57, passed away fighting for his life at 2.00 A.M on Tuesday, June 29th, 2021, at Good Samaritan Hospital in Puyallup, Washington. He was born August 26th,1963 in Lahore, Pakistan. To Trevor R Snell and Mavis D (Abel) Snell, Chris left Pakistan with his mother and four brothers to France, then Italy, then to Morocco in July of 1967 till July of 1970. Then in 1970 he came to Oklahoma. In 1972 Chris moved with his family to Seattle Washington. He worked at the Shipyards as a teamster. He also displayed a tremendous knack of problem solving, for all kinds of people that he cared about. Chris truly lived life to the fullest through all pleasures of life. Chatting with family and friends, snacking, cooking, watching sports and movies. His daughter Courtney Roark was born July 13, 2003. The love of his Life. Courtney, had a relationship, with her father that most people would dream of. He gave her his unconditional love. He provided for Courtney in all areas of her life, he especially enjoyed sharing his love of cars with his daughter, he also provided for her college education. Chris would spend time with Courtney and her cousins. Family ties were especially important to Chris. He had an uncanny ability to reach people in a deep and incredibly positive way. He is survived by his daughter Courtney, five brothers, brother Jimmy and sister Larisa who he lived with for some time. His brother Farley who he looked up to and admired, he would at a very deep level share his struggles of life at the same time share the solution's, this would inspire Farley with his ability and attitude towards problem solving and respected his knowledge on these life issues. Two brothers. Terrance & Peter and two sisters, Dolly and Vanessa whose mother (Clarissa ) Snell, that their father (Trevor) married in May of 1977, till he passed on March 24, 2010. Chris also had several nephews and Nieces. Misty and Trevor were a major part of his life, so were Kristin and Symone. Symone says " We inspired each other to be better people than we were yesterday, no matter how many times we fall, we have to get back up, we had a special bond that motivated each other to be our absolute best we could be. He really was my best friend.” Misty says " he played a major role in my life growing up,”Cole says " he was like a father to me, taught me how to drive." (Trevor Jr and Chris had a special Love and understanding for each other, Jr is still in shock over his uncle.) "  Other nephews & nieces consisting of Alex, Mica, Nia, Justin, Alyssa, Austin, Brandy and Craig.  Each one of these nephews & nieces he had a special understanding and connection with.

Kristin was able to say goodbye to her uncle, whatever she said to him brought tears to his eyes, I witnessed that! When Courtney talked to her dad, whatever she shared with him, brought tears to his eyes also. as he lay in a coma. Little did any of us know that he only had little less than six hours left on this earth. Soon he would be joining his parents, nephew Gary and many others. He made an impact on all he met, and he will be sorely missed by all. This Family has been through its share of Pain. But at the same time new generations shall rise and the Hand of God will bless and touch them all. Mavis Snell (Evans) came to this country with a Vision in 1970. That was! Her grandchildren and great grandchildren would become whoever they want to be. That legacy was drilled into her kids and was carried on through Chris for his daughter, Courtney Roark.

To send flowers to the family or plant a tree in memory of Christopher Snell , please visit Tribute Store
Sunday
18
July

Share Your Memory of
Christopher
Upload Your Memory View All Memories
Be the first to upload a memory!
Share A Memory
Send Flowers