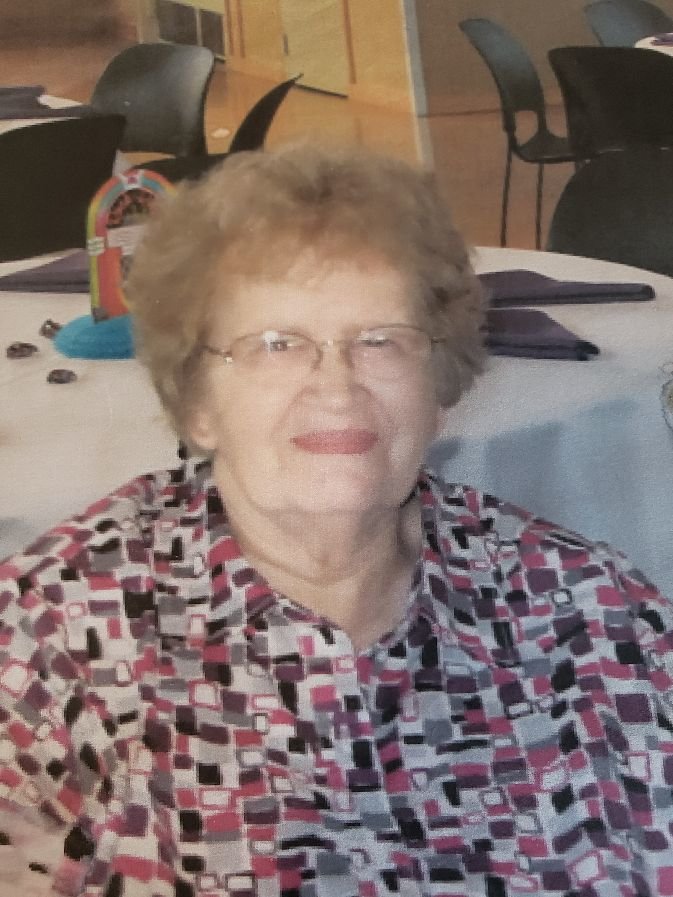 Margery Elizabeth (Slagle) Worthen passed away peacefully on June 17th, 2021, at her residence at Brookdale Courtyard in Puyallup, WA. She was ninety.

To her core, Marge believed that life is a gift to be celebrated with thankfulness. Especially in her later years, she told anyone who would listen how lucky she was. She cared for newborn babies and their mothers for thirty-eight years as a Licensed Practical Nurse at Good Samaritan Hospital in Puyallup, and this experience helped to deepen her awareness of the giftedness of life.

Through the decades Marge blessed family and friends and strangers alike with the gift of pie. She could touch a person’s soul with her pies, and even today it is no exaggeration to say that recollections of The Pies of Marge Worthen resound up and down the West Coast.

Marge was born in Randle, WA, on January 26th, 1931, the second of two children, to Charles Frank Slagle and Mary Elizabeth (Arney) Slagle. (Her brother, Alfred Jesse Slagle, passed away October 2nd, 2016.) She was Valedictorian of her senior class but was always quick to point out that the class numbered only eight students. She married the love of her life, Walter Allen Worthen, on November 3rd, 1951. She and Walter (who passed away on May 13th, 2013) are survived by their four children: Daniel Allen Worthen, Frank Edward Worthen, David Jon Worthen and Rebecca Astrid Worthen Cooper, as well as their daughter-in-law, Wendy Lin Worthen, and eight grandchildren and seven great grandchildren.

Marge received exceptional care these past months from the staff at Brookdale Courtyard and Hospice of Pierce County, and we wish to express our gratitude to these splendid and compassionate organizations. A graveside service will take place on Wednesday, June 30th at 1:00 pm at Woodbine Cemetery in Puyallup.

To send flowers to the family or plant a tree in memory of Margery Worthen , please visit Tribute Store
Wednesday
30
June

Share Your Memory of
Margery
Upload Your Memory View All Memories
Be the first to upload a memory!
Share A Memory
Send Flowers