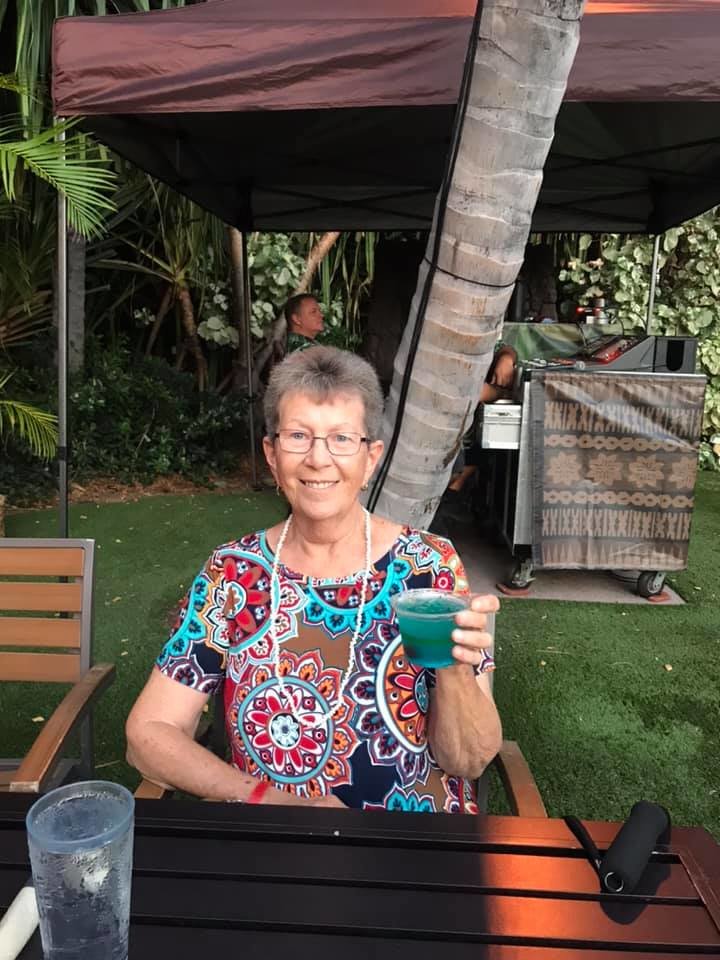 Paula Sue Lainfiesta, mother, grandmother, and friend left this world peacefully on April 23, 2021 at age 74.  She was born to Paul and Lucille Moore on August 27, 1946.  She grew up on the family farm, Maple Hill Farm. She attended Benton Consolidated High School and graduated in 1964.  After graduating from high school, Paula joined the Army Nurse Corp and became a First Lieutenant.  She married Mario Lainfiesta in 1969. They welcomed their only child into the world in 1975. Damian Paul and he became her pride and joy.

After the army, she went on to pursue a very successful nursing career. She graduated from Southern Illinois University School of Nursing in 1968 and became a Registered Nurse in IL.  After graduating from the University of Evansville in 1985 with a Master of Science in Nursing, she went on to teach the RN program at Rend Lake Community college retiring in 2002.  After her first retirement she worked at the Benton public library for 12 years, where she retired again in 2019.

Paula is proceeded in death by her parents; Paul and Lucille and her friend Mario Lainfiesta. She is survived by her son Damian (Beth), 2 granddaughters Raeann and Harper.  Paula’s warm heart and smile will be missed by all her friends and family.

A memorial service is being planned for June back in her hometown of Benton, Illinois.

To send flowers to the family or plant a tree in memory of Paula Lainfiesta, please visit Tribute Store

Share Your Memory of
Paula
Upload Your Memory View All Memories
Be the first to upload a memory!
Share A Memory
Send Flowers