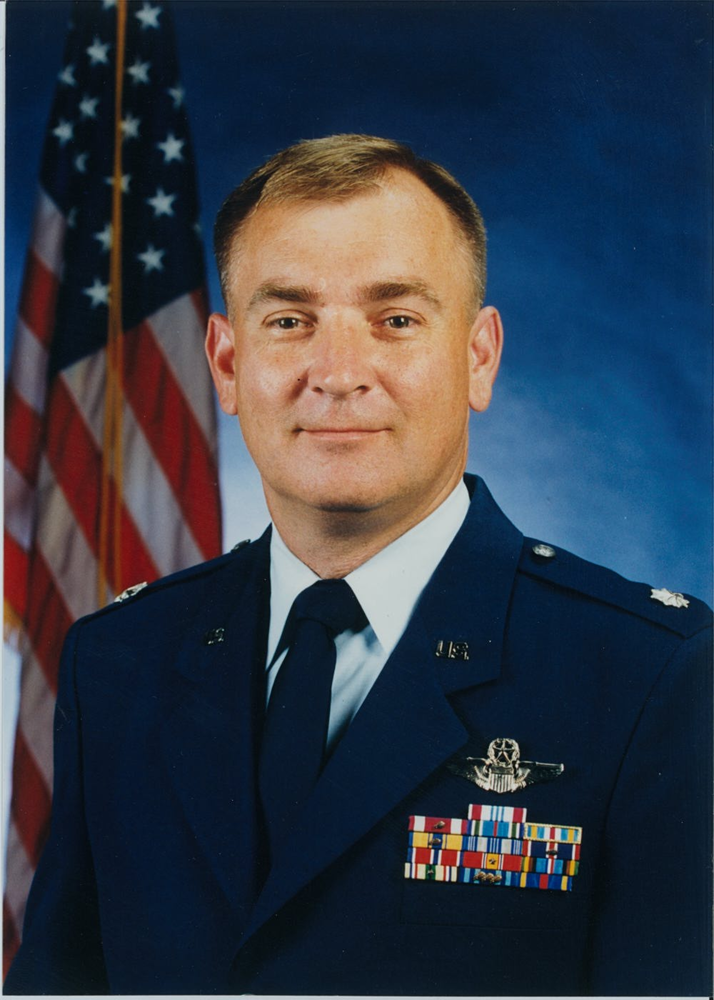 James Linus Schneller was born to H. Whitey and Rose Schneller on January 11, 1956.  One of eight children, he grew up in a loving home in St. Louis, Missouri.  Jim passed away peacefully in his home on 16 April surrounded by his family.

Upon graduating from Christian Brothers’ College High School in 1974, Jim attended the United States Air Force Academy and entered active military service in 1979.  He held a variety of leadership positions including command of the 4th Airlift and 62nd Operations Support Squadrons.  After his military career, Jim flew briefly for the airlines before taking an instructor position teaching Air Force pilots at the simulation center at Joint Base Lewis McChord.  An avid sports fan, Jim loved playing golf with family and friends, Sunday barbeques, and cheering for the Seahawks and his boyhood St. Louis Cardinals.

Jim married the former Karen Nissing of Florissant, Missouri in 1979.  Following their Air Force career, the couple settled in Puyallup, Washington.  They were active members in the All Saints Parish where they raised their three children.

Jim was preceded in death by his parents, Whitey and Rose, his sister Mary, and his brothers-in-law Don and Jim.

He is survived by his wife, Karen; son Ben (Kim), and daughters Katie (Matt) and Ruth (Cliff).  He will be forever remembered as “PopPop” by his beloved grandchildren, Kendall, Ryan, Luke, Eva, Andrew, Henry, and Grace.

A funeral mass will be celebrated June 30th  at 10AM at Christ Prince of Peace Catholic Church in Manchester, MO, followed by interment at Jefferson Barracks National Cemetery.

In lieu of flowers, the family asks that donations be made to the St. Vincent De Paul Society at svdptacoma.org or the Ivy Center for Advanced Brain Tumor Treatment at https://give.swedishfoundation.org/neuro.

To send flowers to the family or plant a tree in memory of James Schneller, please visit Tribute Store

Share Your Memory of
James
Upload Your Memory View All Memories
Be the first to upload a memory!
Share A Memory
Send Flowers