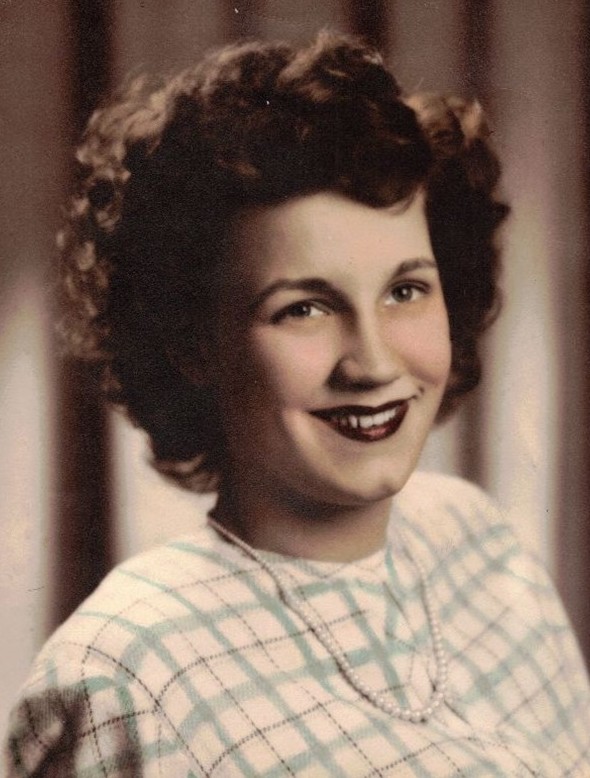 Billie was born in Canton, Illinois, on December 14, 1925, to Verna and Virgil Bybee and peacefully passed at home in Puyallup, Washington after a short illness, with family and her loyal dog Sugar near her, on March 17, 2021.

She was a child of the Great Depression, often eating such things as radish sandwiches, which she continued to enjoy throughout her life. She was a graduate of Lewistown High School, then moved to Peoria, Illinois, where she lived for many years. She packed K-rations for the soldiers of World War II, putting notes with her address in them, although she said that she was disappointed that no one ever wrote back. She was a more than thirty-year cancer survivor. She was active until just a few weeks before leaving us. In her early years, she was employed at Hiram Walker’s Distillery in the labeling department and Bergner’s Department store. Later, she was employed for many years at the Peoria Journal Star in the advertising department, where she made many lasting friendships. Billie was proud of her years spent as the Executive Secretary to the CEO at Saint Francis Medical Center in Peoria, Illinois. She took many community college classes and excelled in that position.

She was married to Frank Level from 1947 to 1977. She was married to Rolland Tilstra in Champaign, Illinois, in 1980, and remained married until Rollie’s passing in 2016. She and Rollie took on their second identities of Ding-a-Ling and Silly Boy, the clowns, entertaining hundreds of children and performing at many charity events over the years.

She was an avid reader of the local newspaper wherever she lived and wrote many letters to the editor, standing up for her conservative values. Her favorite motto was, “It is what it is”!

The family thanks Dr. Gerald Duris and Ashely for their years of concerned care and friendship for our mother and grandmother. The Salvation Army provided needed support to Billie’s family during the Depression and memorials are suggested to your local Salvation Army.

Billie was laid to rest at Tahoma National Cemetery in Kent, Washington.

Please sign Billie’s online register here on this page by clicking on Tribute Wall or Share a Memory.

To send flowers to the family or plant a tree in memory of Wilma Tilstra, please visit Tribute Store

Share Your Memory of
Wilma
Upload Your Memory View All Memories
Be the first to upload a memory!
Share A Memory
Send Flowers