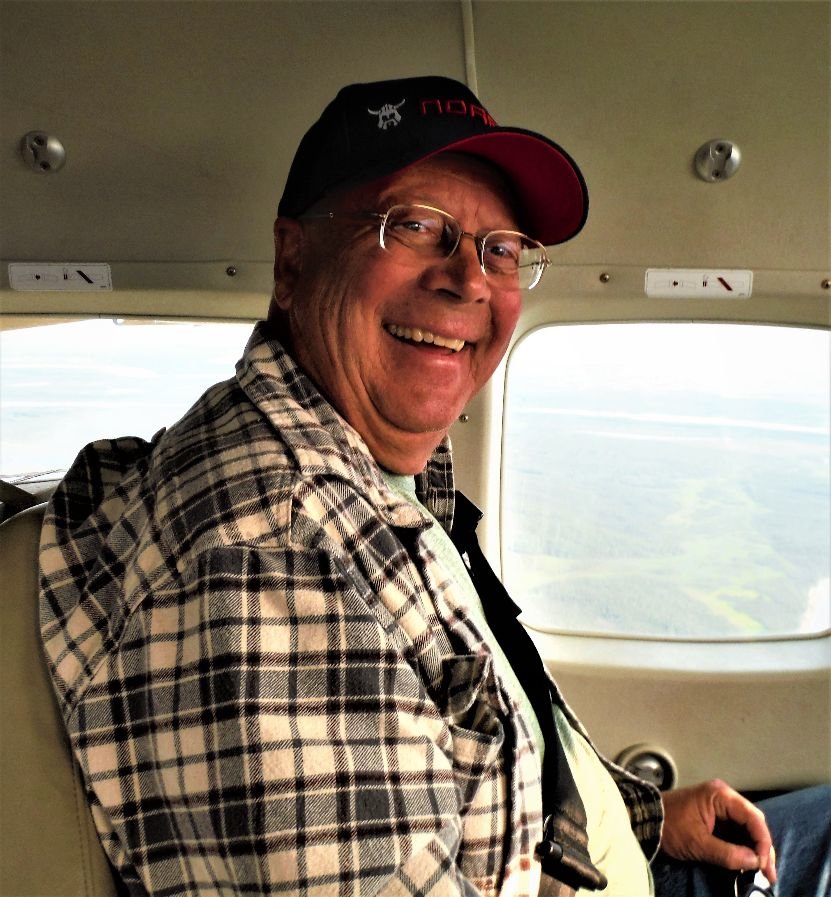 John grew up in Elbow Lake, Minnesota and graduated from Elbow Lake High School where he maintained friendships for his entire life, making trips back for high school reunions. The Sneva Family moved out west to Issaquah, Washington where he and his brother Dan helped their dad build their home. He attended University of Washington and obtained a Bachelor of Science degree in Fisheries. It was there that he met many of his dearest pals on campus and in the Phi Kappa Psi fraternity.

His adventurous side got the best of him when he went to Dutch Harbor, Alaska to work a king crab processing boat. He then moved Idaho for the beginning of his career as a Fish Biologist for Idaho Fish and Game. It was there that he met and fell in love with his bride, Rita. Shortly thereafter, a new position with the Washington State Department of Fisheries took them to Seattle in 1976. They married at the UW Arboretum on May 26,1978 (also John and Rita’s birthdays) surrounded by family and friends. In 1978, John, Rita and their daughter Brooke moved to the great city of Tumwater, where the family put down their roots. His daughter, Kari, was born in 1980. John’s girls were the joy of his life.

John was a highly skilled and accomplished fish biologist. He was the most accurate scale reader in the northwest region, and most likely the world. His expertise and discoveries contributed to the conservation and restoration of numerous salmon populations all over the northwest. Much like his time in high school and college, his career blessed him with numerous friendships that remain strong today.

While John was an asset to the fisheries community, it was no secret that family and time spent with them was of supreme importance. He never missed a softball game or piano recital. Every holiday was spent with his family. Summers in the back yard on East “Z” Street, baking on the Snake River in Idaho, and road trips out to Minnesota, North Dakota and California were some of the fondest memories. He loved exploring nature with Rita. Highlights included snorkeling in Hawaii, touring New England and relaxing in Cabo. He always looked forward to his annual trips to Bend, Oregon with his college buddies, and a pinnacle excursion of his life was to Kobuk, Alaska. However, he was just as content hiking the Mima Mounds near their current home. He always donned a pair of binoculars around his neck to indulge his hobby of bird watching. He was an avid and proficient golfer, an excellent piano player and loved music and dancing. He had many pets with Rita and the girls, and had a particular fondness for his loyal little lapdogs.

John exuded true and pure happiness when he became a grandfather in April of 2005. Sawyer was born in Pullman, and he made many trips to visit and become a constant in his grandson’s life. 5 more grandchildren were born over the course of 12 years and he found his calling as a dedicated and enthusiastic Papa. Rocket launches in the back yard, air shows, pool and hot tub parties were among the many activities. He never missed a birthday party, sporting event or recital. John was a marvel at creating playhouses and airplanes out of recycled boxes. He showed genuine interest and pride in his grandkids’ accomplishments and hobbies and relished the moments he could watch and encourage them.

Above all, John loved the Lord, his family and his friends. He had a generous spirit and made all those who knew him feel adored and admired. We rejoice that he is in the arms of his Savior now.

In lieu of flowers, memorial contributions can be made to the UW School of Aquatics and Fisheries John Sneva Scholarship Fund.      Visit https://www.gofundme.com/f/uw-john-g-sneva-memorial-scholarship-fund

To send flowers to the family or plant a tree in memory of John Sneva, please visit Tribute Store