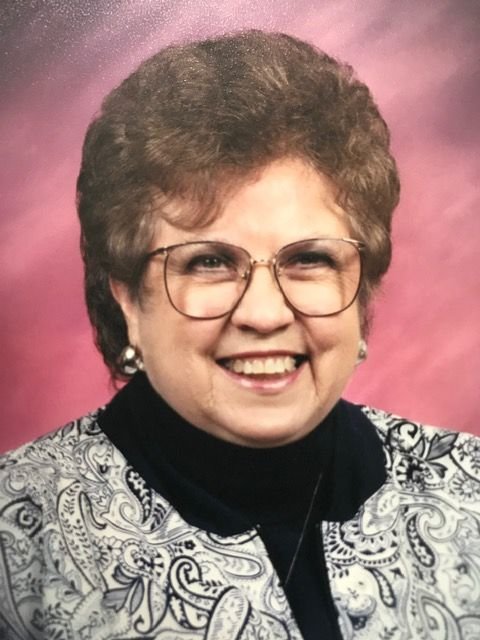 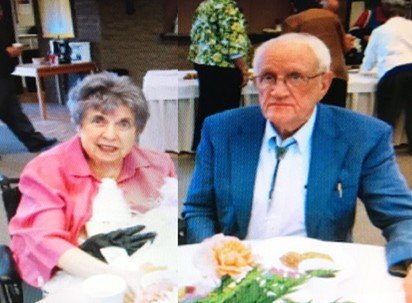 Marjorie Mae Graffunder Zellmer, was born on October 6, 1931, the only child of Harold Burner Graffunder and Pearl Lulu Schultz Graffunder, in Vesta, Minnesota. Marjorie departed for her heavenly home on February 22, 2021.

As a small child in Vesta, Marjorie (Margie) spent a lot of time playing with her constant canine companion, Spuds. Margie spent her youthful years in Marshall, Minnesota. She graduated from Marshall High School in 1949 where she excelled in stenography and other secretarial skills. Margie’s accomplishments were well-known by her teacher, Miss Doris Drake and to the MHS principal, Merril W. Olson. After graduation, Margie served several years as secretary to Mr. Olson and to L.M. Frey, superintendent of schools.

MHS office co- worker and friend, Betty Rae Zellmer introduced Margie to her cousin, corporal Robert D. (Bob) Zellmer, when he stopped into the office one day in 1951, home on leave. Before long, the following excerpt appeared in the MHS Tiger Herald newspaper, “We’re sure no one missed the dazzle coming from the office, but just in case you don’t know, the bright flash is Margie’s diamond engagement ring! Congrats, Marge.” Marge and Bob were married in Marshall on April 15, 1952. They lived in Tennessee and Georgia during Bob’s military assignments and later returned to Minnesota, where Robert D. Jr. (Robb), and Gary Lee were born.

In the mid 1960’s, Bob and Marge were pioneers in the cable television industry in Minnesota, North Dakota, and South Dakota. In the 1970s, Marge served as co-founder and business manager of the family-owned and operated radio stations they brought to numerous small towns/cities, in Wyoming, Kansas, Colorado and Arizona. She was an accomplished accountant, secretary and receptionist for many years, well known for her smiles that lit up rooms. Marge loved visiting family and friends, driving her convertible, playing piano, and traveling with Bob. Marge was also quite the bowling enthusiast. She bowled on several women's teams when the family lived in Bemidji and Benson, MN in the 50s and 60s.

The last twelve years of Marge’s physical life were changed drastically because of a paralyzing stroke. Her mind and speech remained strong as did her will to live. Marge lost Bob, her number one caregiver, in 2018. They were married for over sixty-six years. The last several years, Marge resided in an adult family home in Algona, Washington, where she was cared for by devoted caregivers. She was often visited by her son Gary, who resided close by. Gary always had a chocolate or strawberry milkshake to share with Ma. She received daily telephone calls from son Robb, in Colorado. Her favorite phrase to everyone following her stroke was, “thank you.” She constantlyexpressed gratitude to all those who helped her along the way. Marge believed in the power of prayer, and offered up many prayers on behalf of others whose lives crossed paths with hers, especially after the stroke. She would say, “It’s at least the one thing Ican still do.”

​Marge was preceded in death by her parents, Harold and Pearl, and husband, Bob.

A private inurnment next to her husband Bob and mother Pearl will be held this spring at Sunset Memorial Gardens, in Greeley, Colorado.

“We pass through this world but once; take it as you find it, but leave it better.”1950 Walnut Grove High School class motto, Robert D. Zellmer, class member.Together, Bob and Marge lived that motto.

To send flowers to the family or plant a tree in memory of Marjorie Zellmer, please visit Tribute Store

Share Your Memory of
Marjorie
Upload Your Memory View All Memories
Be the first to upload a memory!
Share A Memory
Send Flowers