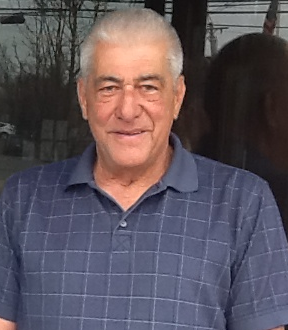 Joseph Sebastian Fagone, 81, passed away in Peoria, AZ on February 6, 2021 after a short battle with COVID-19. Joseph was born on April 9, 1939, in Winthrop, MA to Joseph and Rose (Zeuli) Fagone. He graduated from Medford High School in 1957 and enrolled in the ROTC program at Northeastern University. Upon graduation he served on active duty at Fort Gordon, GA before being accepted into flight school. He spent the remainder of his military career as a pilot in the Army Reserves until his retirement in 1986 at the rank of Colonel. He served in Korea during the Vietnam War which was the highlight of his military service. Joe held positions at Raytheon and Digital Equipment Corporation.

Joe was a staunch conservative, who loved his country and proudly displayed the U.S. flag everywhere he traveled. He was a lifelong learner who had a strong belief in his Christian faith yet thoroughly enjoyed studying all religions. A highlight of his travels was his visit to Israel, as well as his father’s birthplace in Sicily.

Joe is remembered by many as the man with the magic tricks. He enjoyed stumping the children with riddles and passing out $2 bills and silver coins. His love of flying led him to spend countless hours watching airplanes take off and land at local airports and traveling to air museums all over, especially the Planes of Fame. He took long walks in the park and carried peanuts with him to feed the squirrels, chipmunks and birds and kept cat food with him to feed stray cats. He had a love for all living creatures. At the time of his passing he was searching for a permanent home in Sun City and was excited about buying a classic car, another passion.

He is survived by his former wife, Rachel (Robichaud), his children, Michael of Los Angeles, CA, Christina (Jeff) Martin of Lake Tapps, WA and Joseph (Christine) of Massachusetts, four grandchildren, Lauren and Alison Martin and Michael and Marco Fagone, his brother Richard of Brockton, MA, his cousin Bernice (Benedetta) Balboni of Laconia, NH and many extended family. He is preceded in death by his parents, and his nephew Ricky Fagone.

A private burial service will take place at Tahoma National Cemetery on Thursday, February 25. In lieu of flowers, donations can be made in his memory to a local Veterans’ organization or St. Jude’s Children’s Hospital.

To send flowers to the family or plant a tree in memory of Joseph Fagone, please visit Tribute Store
Thursday
25
February