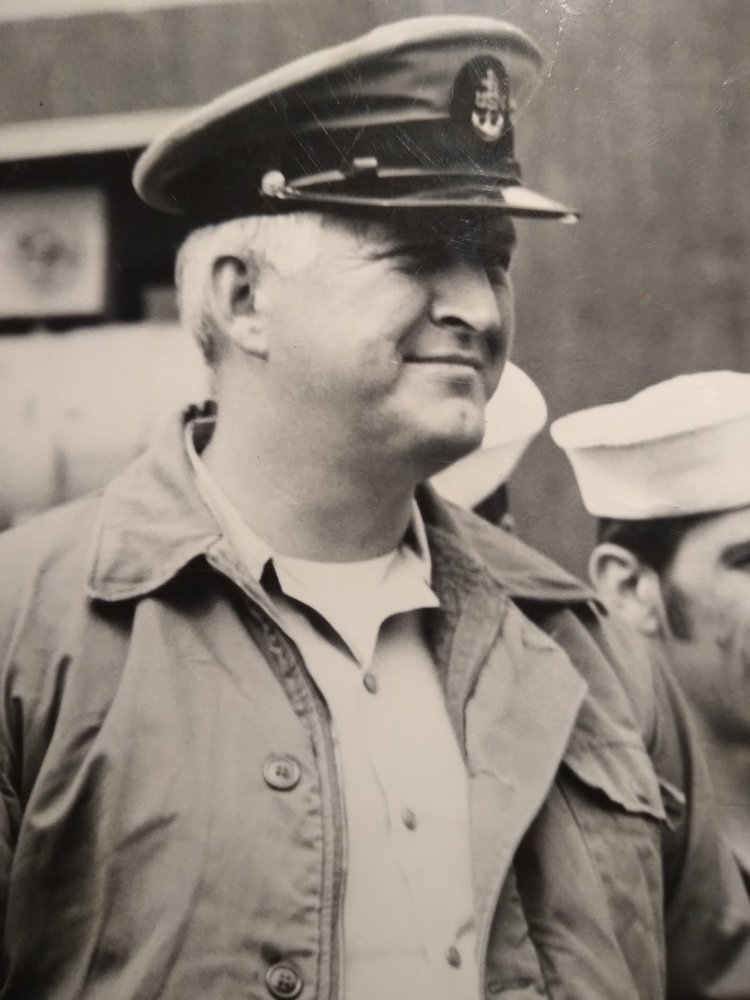 Jerry R Gardner set sail for his final voyage on January 28, 2021 surrounded by his wife of 55 years, Arlene, and daughter, Julie.  Jerry wished to remain at the family home him and Arlene had lived in for the past 46 years.

Jerry was born in Oakland, California and lived much of his youth in the Mission District of San Francisco.  He relished riding the bus around town and catching movies at the theaters.

Once he graduated from high school, Jerry joined the United States Navy for the opportunity to travel the world.  He loved the service so much, he continued to serve four more enlistments.  He traveled to Australia, Hong Kong, Thailand, Japan and to many other beautiful ports.  Jerry also saw action in two U.S. conflicts:  the Korean War, and in Vietnam, where he was awarded a Purple Heart.

Jerry's close friend on ship had a matchmaking mother.  She set Jerry up with a lovely co-worker named Arlene and the rest was history.

Arlene and Jerry were married and lived in Japan, Hawaii and San Diego before settling in Arlene's hometown of Puyallup.  Jerry retired from the Navy in 1974 after 23 years.  He went on to join the USPS in downtown Puyallup where he remained till his retirement in 2000.

In 1976, Jerry and Arlene welcomed their daughter, Julie.  Julie and her father were close.  The family of three often went on road trips, accompanied by Arlene's parents and her sister.  They spent many weeks at Cannon Beach on the Oregon Coast and Vashon Island, where the family had beach homes.

Reno was a favorite destination for the adults.

Jerry will be remembered for his storytelling, intelligence, charm, wit, hard work, love of the Yankees, love of movies and many other remarkable attributes.

He is preceded in death by his mother, step-father, three sisters, mother and father-in-law and sister-in-law.

He is survived by his wife, Arlene; daughter, Julie; brother, John(Lee) and numerous cousins, nephews, nieces.  Jerry had a wonderful group of friends spanning from when he and Arlene first bought their house in the neighborhood to the coffee group at mall walking.

Jerry will be interred at Tahoma National Cemetery after a full honors service Wednesday, February 17th at 11:30AM.

To send flowers to the family or plant a tree in memory of Jerry Gardner, please visit Tribute Store

Share Your Memory of
Jerry
Upload Your Memory View All Memories
Be the first to upload a memory!
Share A Memory
Send Flowers