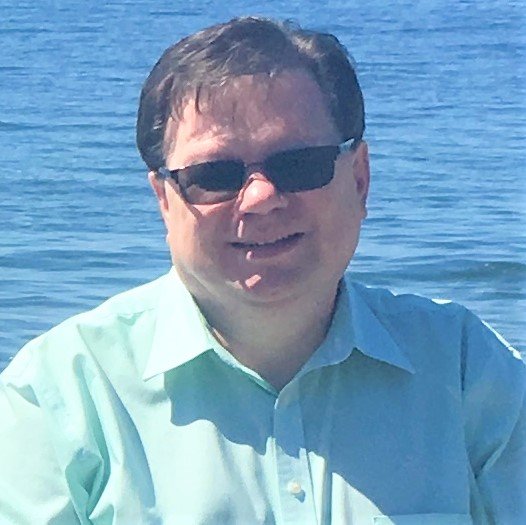 I have fought the fine fight, I have run the race to the finish, I have observed the faith.

It is with great sadness to announce the passing of Bob Cashman.

Robert Hale Cashman died peacefully at 10:30pm on January 18, 2021 in Puyallup Washington with his wife and family at his side. Bob’s death came rather suddenly after being diagnosed with Mesothelioma cancer and complications related to his cancer.

We are all left with a big void in our hearts, especially his wife, Yolene and his son, Eric. May our prayers and kind words go out to them.

Bob was born June 14, 1962 in Centralia Washington. His childhood was spent living in small rural towns in western Washington. Anyone who knew Bob could recognize that modest, down to earth charm he had.  In 1973, the family relocated overseas to American Samoa for 3 years. It was quite a change, but Bob adapted wonderfully. He went from cold and wet woods, and freezing streams, to sandy beaches, coral reefs, and palm trees. Replacing his blue jeans and boots for shorts and flip flops. He even had to wear a lava-lava as a school uniform every day; yet in typical Bob fashion, he took it all in stride.  It was there in Samoa that Bob was baptized as one of Jehovah’s Witnesses. It was a dedication that Bob had kept faithfully for 46 years until his death.

After schooling, Bob joined his father in the family business, loyally working with his father for many years. During the winter months when things were slow, Bob would volunteer his resources and time assisting others as one of Jehovah’s Witnesses, eventually becoming a full-time volunteer by moving to the worldwide headquarters of Jehovah’s Witnesses located in New York City. This time, replacing his blue jeans and boots for a suit and tie. Bob excelled at the headquarters and helped many people with his charm and kindness shining through. It was there in New York City that Bob met the love of his life, Yolene Germaine. It would not be an exaggeration to say that Bob was smitten, and the rest is history! They were married September 1, 1990 in New York City and after their honeymoon, returned to the northwest. There they lived mostly in the Seattle area serving and helping in many congregations even assisting in a French speaking congregation. Bob worked in the airline industry as a supplier and later became computer technician and worked for one of the biggest companies in the world in their billing department.

Yolene mentioned that for her and Eric, Bob had a calming effect on them and that for 30 years Bob was loyal, hardworking, easy going and a good provider. When times were hard Bob often worked 2 jobs.  Seeing the need, he even got a higher degree in half the time to get a better job. Yolene said he even learned to cook to help her out at home, he excelled at it.

Eric mentions his father as kind and always reaching out to him. Teaching him to swim and ski; took him hiking and camping and on trips. His son Eric will especially miss him not only as a father but as a friend.

I have fought the fine fight, I have run the race to the finish, I have observed the faith.

Bob is survived by his wife, Yolene, his son Eric, his mother Mary, brothers Joe and Steve and sister Tracy; 2 nephews, 3 nieces, countless cousins, and thousands of friends he had made all over the world.

Bob was only 58 years old when he died. Way too young! His charm, kind heartedness, loyalty and friendship will be missed by all.

And I have hope toward God, which hope these men also look forward to, that there is going to be a resurrection of both the righteous and the unrighteous. (Acts 4:15)

There will be an online memorial service for Bob on February 13, 2021 at 2pm west coast or 5pm east coast time. You may hear the memorial if you connect via telephone or to see the entire memorial and slide show, please join the Zoom meeting.

Connection information is below:

Dial by your location

If you need further assistance with connecting, please email:

To send flowers to the family or plant a tree in memory of Robert Cashman , please visit Tribute Store