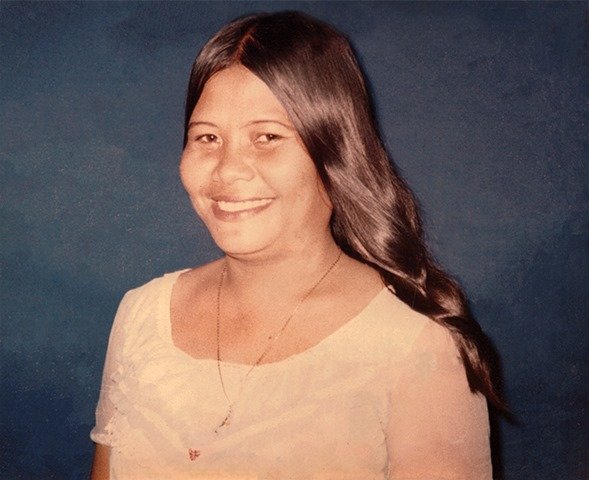 On behalf of Phaly Sam's children, grandchildren, and extended families from around the world:

Phaly Sam, 62, of Puyallup passed away on Saturday, January 23, 2021 at 2:12 p.m. Pacific time (Cambodia time: Sunday, January 24, 2021 at 5:12 a.m. local time) while at MultiCare's Good Samaritan Hospital after an unexpected brain aneurysm.  Although Phaly did not know her actual birthdate due to the time period of the Khmer rule, it is documented she was born Thursday, February 6, 1958 in the Kingdom of Cambodia.

Phaly was employed by Muckleshoot Indian Casino between October 2002 and January 2021.  Phaly loved working as a housekeeper.  Phaly's tenure permitted so many friendships throughout her years of service.

Phaly is survived by her five children - Channa, Channy, Jennifer, Jensine, and Chanra - and five grandchildren - Allen, Kai Jon, Kaliya, Andrew, and Thea.  Her dream was to save all the children of the world.  Thus, her family is filled with numerous adoptive children, brothers, sisters, aunts, uncles, etc.  Phaly loved anyone and everyone that graced her throughout her life.

When asking her children how would they describe Phaly's personality and what did people say most often about her, their response was filled with adjectives like caring, loving, strong, proud, courageous, joyous, fun, forgiving, accepting, energetic, friendly, warm, embracing, fearless, and kind.  Phaly was full of life.  Those fortunate to have known Phaly would say her welcoming energy could be felt immediately.  People would add that Phaly would not let anything stop her from doing the right thing.  Phaly’s smile was contagious and Phaly’s spirit would light up the room, no matter the size.  Phaly was a social butterfly and genuinely cared about others by asking the simple question, “how are you”.  People would tell Phaly’s children how much they loved her.

When asking her children what were Phaly's proudest accomplishments, their response was pretty simple.  Phaly’s proudest accomplishments are her five children and their growth into adulthood.  Phaly’s struggles to raise five children, while coming to the United States to seek peace from the Khmer rule, did not go unnoticed.  Phaly overcame so much, with the hand she was dealt, to be able to provide the best life she could to her children.  Phaly admitted she made mistakes and had regrets of parenthood, but overall felt strong and resilient having survived what she went through.  Her children’s entrepreneurial spirit brought joy to Phaly too.  Another of Phaly’s proudest accomplishments was the ability to help others.  Phaly enjoyed assisting everyone, no matter the circumstance.  Phaly’s bubbly personality and positive attitude suggested she was proud of so many things.

When asking her children what were Phaly's favorite activities and hobbies, their response was related to cooking, shopping, spending time with friends, dancing, singing and listening to traditional Khmer/Cambodian music.  Again, Phaly was a social butterfly.  Phaly would cook for her children, grandchildren, friends, and Buddhist temple community events.  Phaly enjoyed cooking and wanted to see people’s euphoria and enjoyment while eating her food.

When asking her children what was the trait/thing they loved most about Phaly, their response was pretty powerful.  For one, Phaly fought for her life out of the Khmer rule, into new/unknown lands, and never gave up finding happiness.  For another, Phaly’s forgiving nature was profound.  Phaly was the most loving and kindest person on earth.  Phaly left room in her heart to forgive and understand people that may have wronged or mistreated her.  Last, but definitely not encompassing the most beloved traits, Phaly was persistent.  Phaly would always ensure her children and others had food.  If not, Phaly would cook up a gourmet meal fit for royalty to ensure no belly went hungry.

When asking her children was there any personality traits that made Phaly extra special, their response was she provided intense love and care.  Phaly was self-aware of her fashion and bling.  Phaly enjoyed sharing her clothing and accessories with others.  Phaly was also seen as a strong, eccentric, progressive woman that was open to the world.  Phaly’s interactions with others made it difficult to distinguish who her family was and who her friends were.  Younger folks would call Phaly, ma or mom.  Phaly was a nurturing soul for everyone that needed a family.  Phaly did not want others to feel alone.

When asking her children how would Phaly want to be remembered, their response was that she tried her best to be the best mother, grandmother, daughter, aunt, and friend to everyone around her.  Phaly wanted her children to know how much she loved them and how much she wanted to help others, just as she had been helped.  Phaly always wanted to pay it forward.  Phaly’s dream was to save all the children of the world.  Phaly was a superhero to so many.  Phaly was a strong woman who attempted her best and never gave up on life.  Phaly would want to be remembered as the chef that fed our souls.

Please join us in celebrating the life and love of Phaly Sam on Saturday, January 30, 2021 between 3 - 7 p.m. Pacific time (Cambodia time: Sunday, January 31, 2021 between 6 - 10 a.m. local time) for her viewing at Hill Funeral Home and Cremation Service, which is located at 217 East Pioneer Avenue; Puyallup Washington 98372.

Due to current coronavirus regulations, there is a maximum of 25 family members and friends permitted inside the chapel at any given time for her viewing.  Attendees will be expected to rotate in/out of the chapel to ensure everyone can pay his/her/their respect to Phaly.  Phaly's children wish to use Facebook Live to broadcast this event to her loved ones in Cambodia and those unable to travel for her viewing.

To send flowers to the family or plant a tree in memory of Phaly Sam, please visit Tribute Store

Share Your Memory of
Phaly
Upload Your Memory View All Memories
Be the first to upload a memory!
Share A Memory
Send Flowers