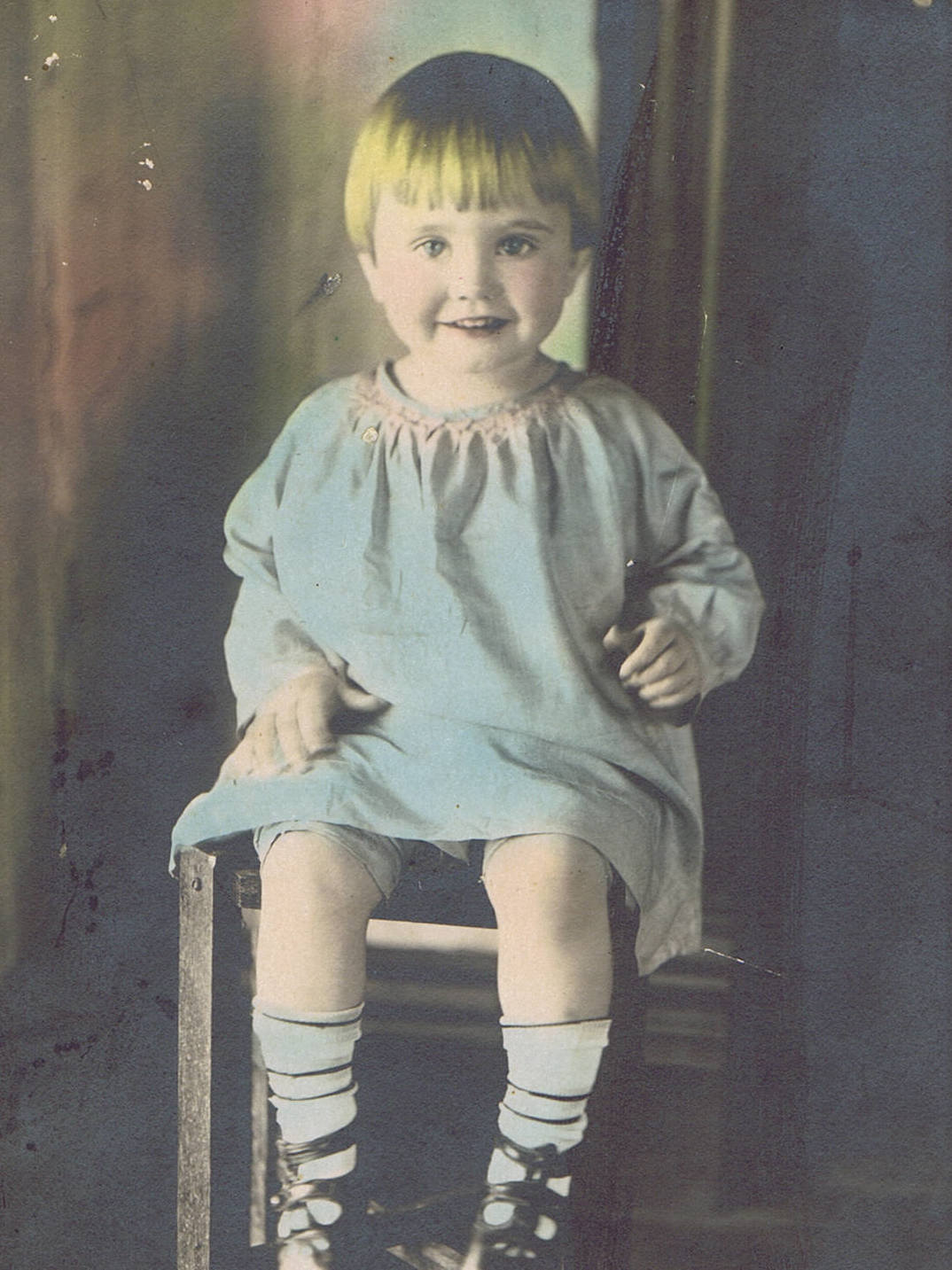 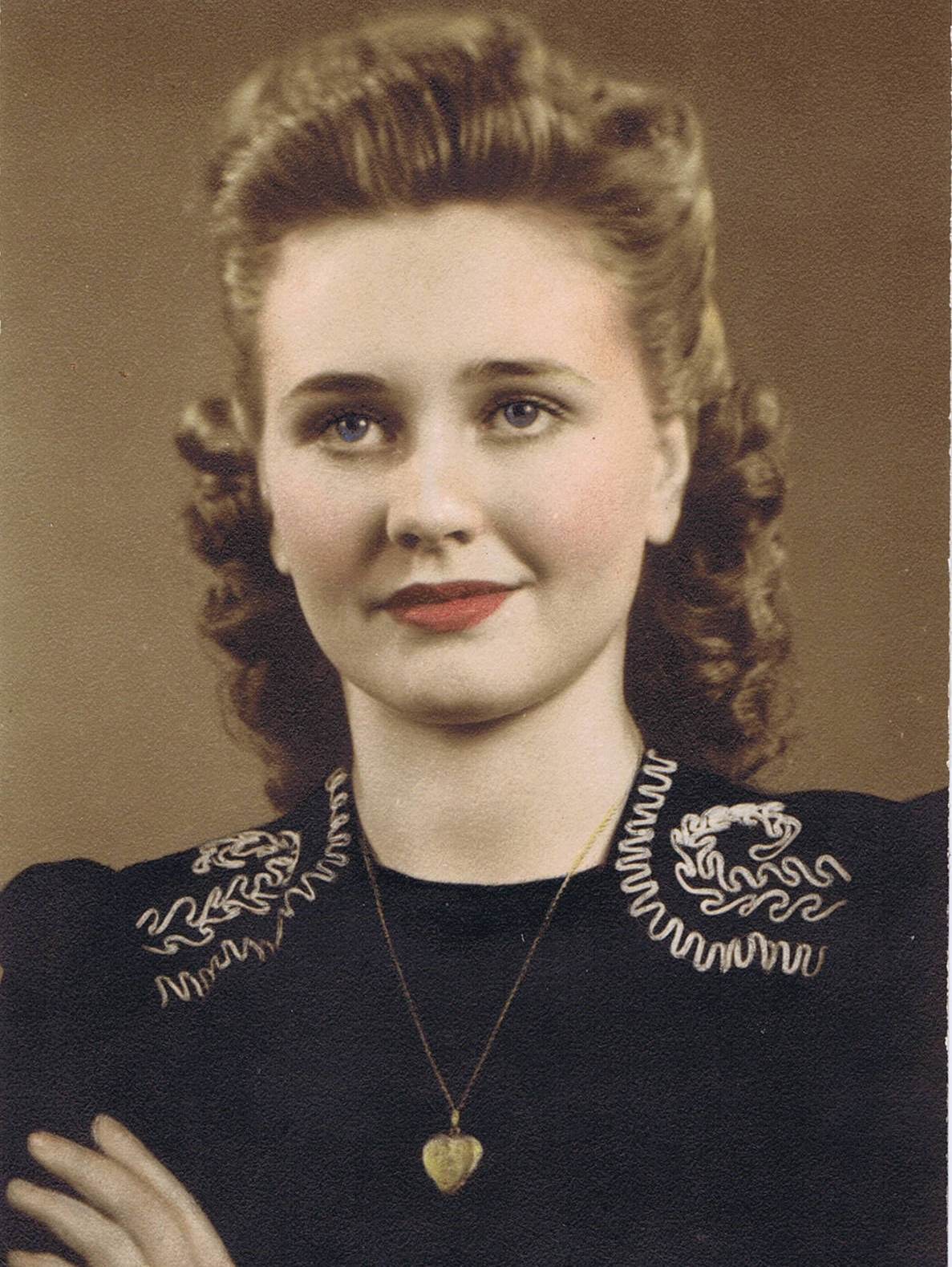 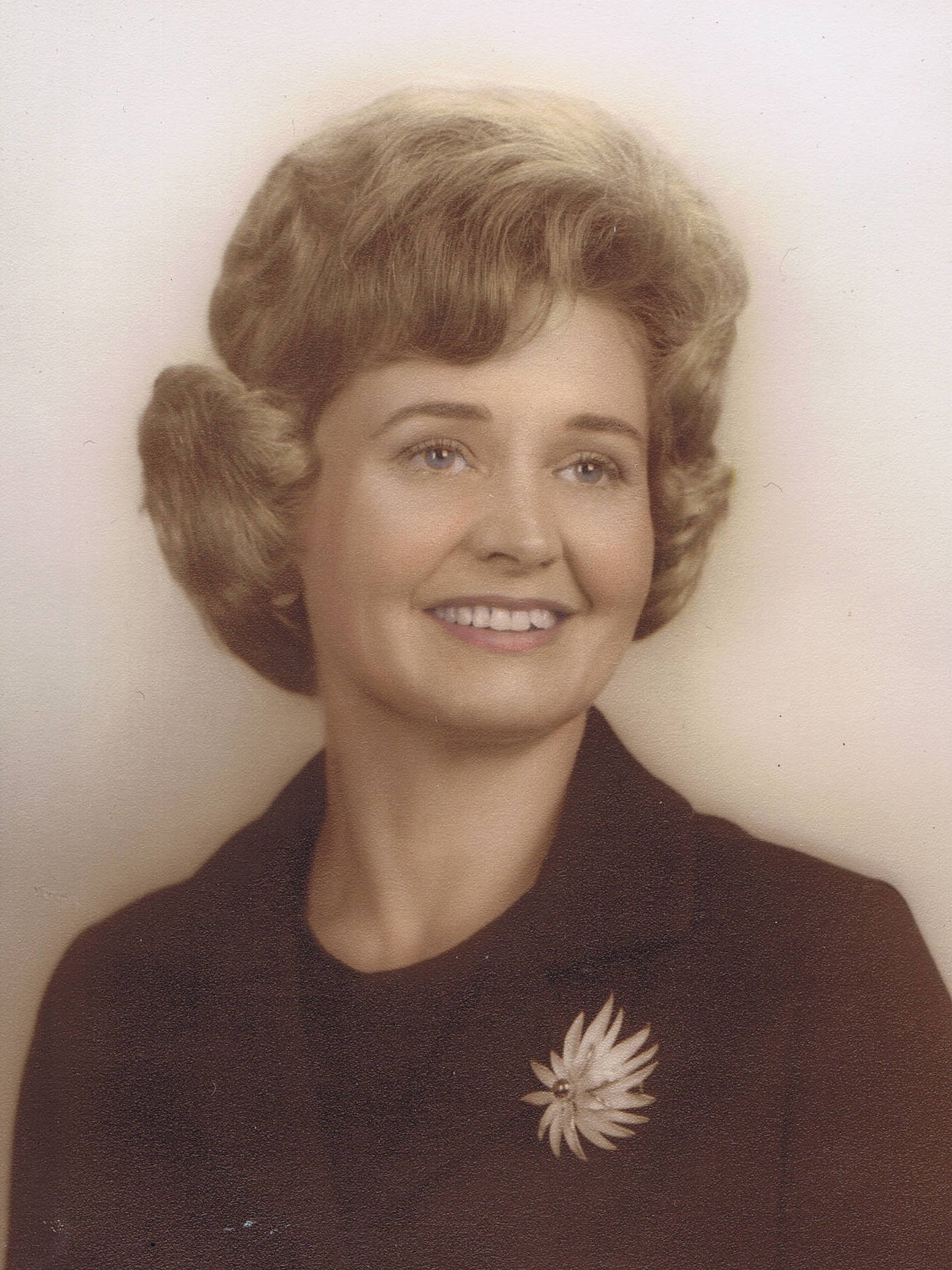 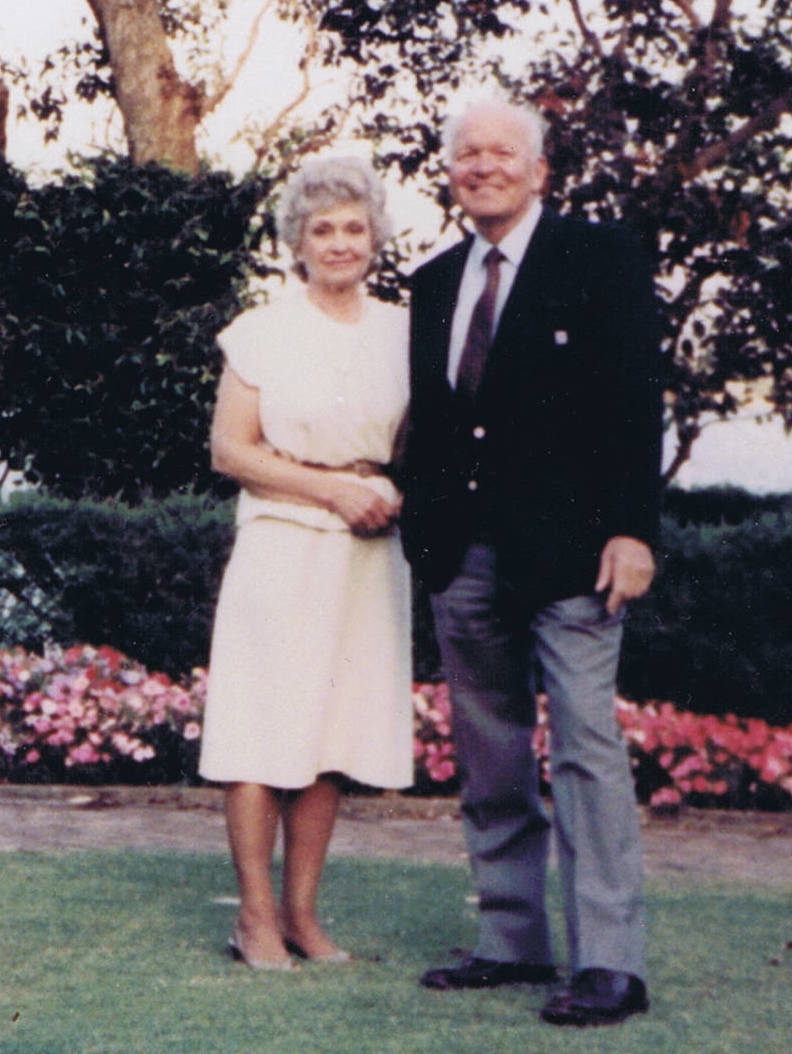 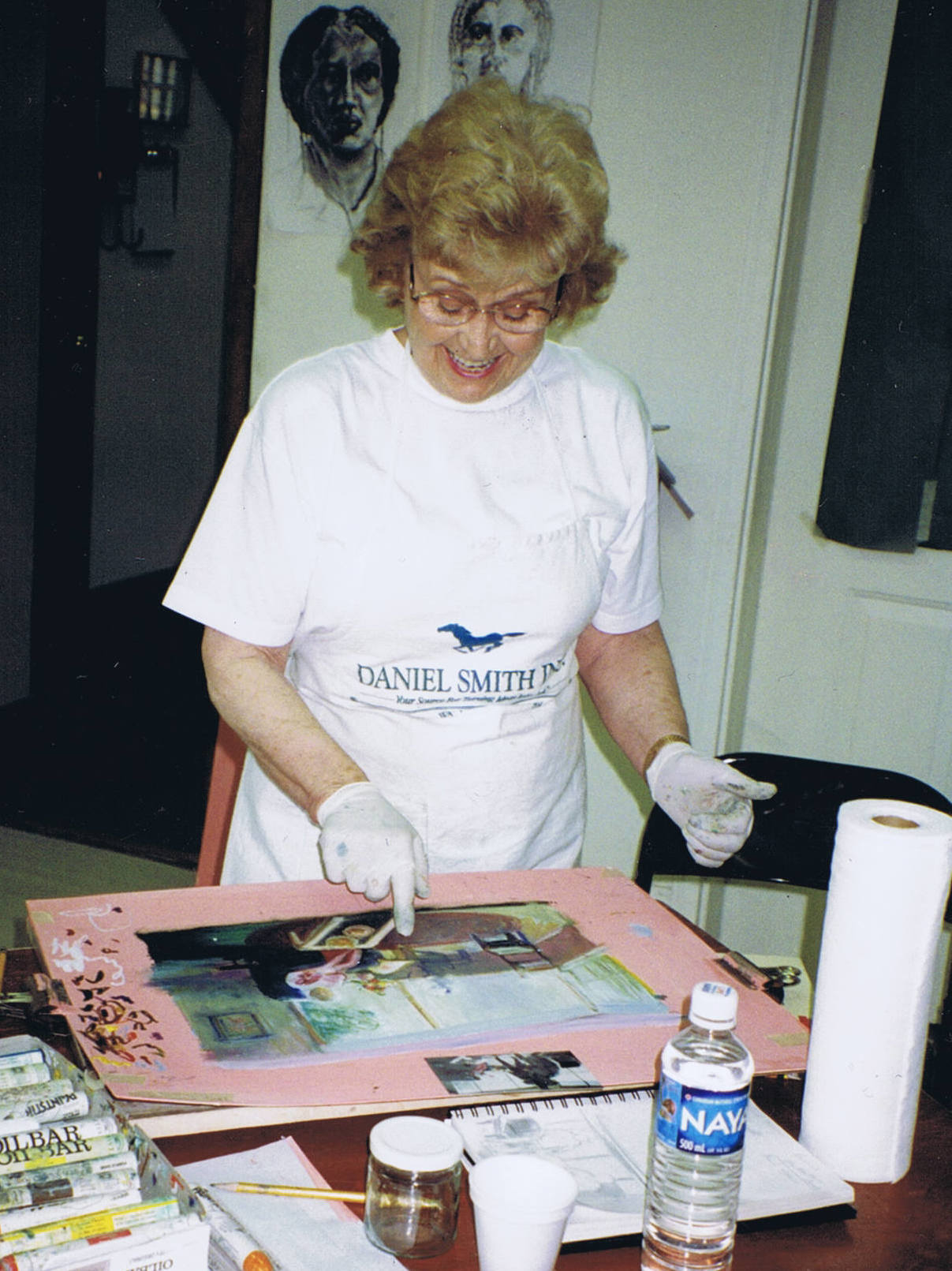 Elizabeth Ericson (known to many as “Betty”), age 96, was born November 10, 1924, in Muskogee, Oklahoma, to Vergie Lee (Summers) Curtis and Sam Curtis, a farming family.  The Curtis Family included Virgil & Victor Curtis (now deceased twin brothers), Grace (Curtis) Mann, sister, (deceased), and Thomas E. Curtis, 81, brother, who currently resides in Everett, Washington.  Betty was raised learning farm chores  like milking cows, carrying wood for the cooking stove, and washing clothes on a scrub board.  When The Great Depression hit America, The Curtis Family moved out west (in what they called a “covered wagon”) to Washington State.  They lived in Port Angeles, Sequim, Forks, and eventually moved to Puyallup.  There, Betty worked her first summer job making hamburgers for Nettie’s Restaurant right across the street from the Puyallup Fair Grounds, which was then an internment facility for Japanese-Americans.  Through the years, she shared stories of this experience, which we will never forget.

In the fall, that job ended and school started at Puyallup High School, where she took clerical classes, setting the stage for what would become her financial career.  It was during this time that Betty met John Ivey and became his wife on November 19, 1942, his birthday.  John was already enlisted in the Army and left for World War II in January, 1943.  Their life as newly-weds was put on hold, just like millions of other Americans during this time.  Betty moved back in with her parents and landed a job as the first female employee at the National Bank of Enumclaw in Puyallup; she also worked at a local creamery part-time as a bookkeeper, just to pass the time.  John came home at the end of the war in January, 1946; and on November 14, 1946, they welcomed a baby daughter, Christine.  The three of them lived in Puyallup until John reported for duty in the Korean War.  The sacrifices made by John and Betty, including millions of Americans will never be forgotten, for we all today enjoy the liberty and freedom they ensured for us.  Fast-forwarding to recent years, it’s easy to understand Betty’s worry that future generations might not preserve this great nation.

Betty began what would become a life-long career of accounting/bookkeeping, first at the Soldier’s Home in Orting.  When John returned from the Korean War (a totally different person), they moved to Yakima, Washington, where she began working as a bank teller.  After a few years, they moved back to Puyallup, where she worked for the National Bank of Washington in the Port of Tacoma Tideflats.  Her marriage to John ended; and she continued on raising Christine as a single mother.  She was an avid seamstress, making beautiful clothing & formals for her daughter’s proms, orchestra performances, and herself.  Her interest in sewing continued for many years (including making Christine’s wedding dress for her marriage to Michael Grimit in 1975).

God had a great plan for Betty, and He arranged for her to meet Paul G. Ericson, who was born in Edsbyn, Sweden.  Paul immigrated with his family to America as a child and became a successful business man.  After a long courtship (including the delicate task of blending older children from different marriages), Betty became Paul’s wife on April 6, 1967, at the First Presbyterian Church in Las Vegas, NV.  Steve Ericson, Paul’s oldest son, was working in the family business and attending college classes.  Rich Ericson had graduated from Stadium High School and was attending college in California.  Janet Ericson was a student at Stadium High School at home with her mother, Dorothy.  Betty’s daughter, Christine, had graduated from Puyallup High School and was working as a legal assistant.  All through the years, both Paul and Betty played loving and caring roles in all of their lives.

Betty continued her working career as a bookkeeper for Early Construction Company, worked for the Bank of California, Bank of Tacoma, and then joined her husband in his business, Ericson Laminators, which was located in Sumner.  They built successful businesses together, including Ericson Stair Company. Paul was devoted to Betty and surprised her by purchasing a Cape Cod home overlooking Sumner, which was a house that she and her daughter had dreamed of living in for many, many years.  Later in 1974, they built a home in Browns Point, which appropriately featured an Ericson laminated circular stairway.  Like any place Betty ever lived, she kept this home immaculate at all times.

Christmas was always a special time, and the Ericson Swedish traditions were welcomed by Betty.  She learned how to fix the traditional Lutefisk requested on Christmas Eve.  Although she never formed a liking for it, she was known to make the best Lutefisk around, at least according to all the Swedish relatives.  Just to be on the safe side, however, she always fixed a ham alongside, so she and the grandkids would have a tasty holiday meal, which proved to be a popular executive decision!  The family spent many wonderful times together on Pickering Passage located in South Sound in what was reverently referred to as “The Lodge,” as it could easily sleep 12.  Together, Paul and Betty enjoyed traveling, including trips to Australia, Italy, Sweden, and Europe.  Hawaii was always one of their favorites.  They purchased a beautiful power boat from Sweden, the Storboro, sharing wonderful times with their friends at the Tacoma Yacht Club and many pleasurable cruises on Puget Sound, the San Juan Islands, and Canada.

In September of 1993, Paul passed away, but Betty courageously carried on, missing him immensely.  She cherished her family and spent lots of time with her grandchildren and great grandchildren.  She became a talented watercolor artist under the instruction of Betty Mears and made a new circle of artist friends.  She  traveled to artist workshops, took an art excursion to China, and was a valued member and officer of Pacific Gallery Artists.   Betty went on to win awards for her paintings from the Puyallup Fair Art Shows and other shows; and was honored when she was commissioned to paint for interested parties.  Betty continued to live in her beloved Browns Point home until January of 2017, when she moved to The Meridian at Stone Creek, and then recently in August to The Villa Vecchio at Dash Point, an adult family home.  There she was lovingly cared for by Sue and Mel Berglund.  Quite fittingly and what must have been in God’s plan, the Villa is located kitty-corner to Paul’s home he built for his first family on Water Street, and on property that was previously the home of his children’s Uncle Harold!  In the early morning hours of November 30, 2020, Betty passed peacefully in her sleep in The Villa.

Elizabeth’s life story is truly one full of hardship, disappointment, sacrifice, endurance, devotion, promise, thrills, love, family, and joy.  She will always be remembered as a perfect example of The Greatest Generation, and her spirit lives on with our Lord and Savior, Jesus Christ.

To send flowers to the family or plant a tree in memory of Elizabeth Ericson, please visit Tribute Store

Share Your Memory of
Elizabeth
Upload Your Memory View All Memories
Be the first to upload a memory!
Share A Memory
Send Flowers