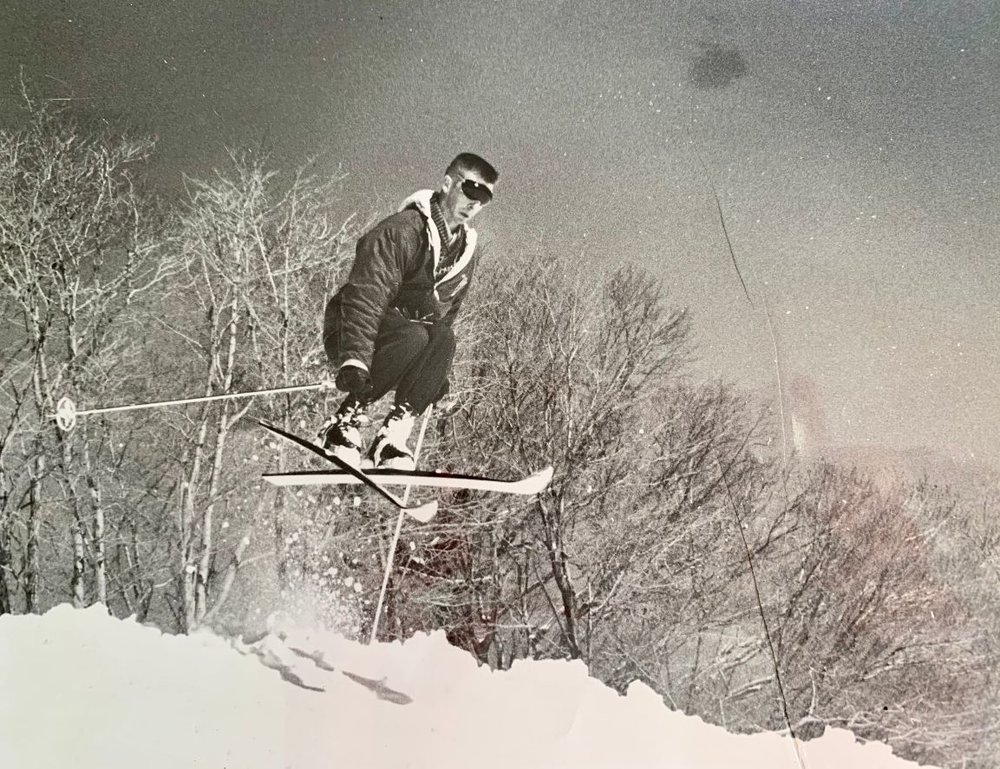 Cortney Lee Erickson was born September 18, 1932 in Seattle, WA, to Mary Elizabeth Purvis-Erickson and Otto Lee Erickson. He was raised in Lake Forest Park and grew up on the water of Lake Washington. He loved sailing, water skiing, snow skiing and working in garages building cars and engines. He was a warm, wonderful story-teller and fostered life-long friendships with former classmates, colleagues and neighbors from all walks of life. People gravitated towards Corky because of his unique personality, love of music, knowledge of anything mechanical and sense of humor. Corky was happiest either tinkering in his garage while listening to jazz music or at the helm of his sailboat navigating the Puget Sound in search of a safe harbor and especially while skiing the backside of White Pass.

He is survived by his wife of 32 years, Carol Ness Erickson, his daughters Christy Erickson-Prior of Newport, RI, Montana “Tana” Griffin of Los Altos Hills, CA, Samantha Cross of Larkspur, CA, and six grandchildren; as well as his children-by-marriage Julie Jones of Puyallup, WA, Jill Scott of Burlington, WA, Jeff Gephart of Kirkland, WA and their six children.

Corky graduated from Roosevelt High School in 1950 and attended the University of Washington as an engineering major. He was a member of the Theta Delta Chi fraternity and the Navy ROTC program as his dream was to fly for a living. Unfortunately, a ski race and resulting shoulder injury prevented him from continuing in the pilot program, but that didn’t stop him from pursuing a career that encompassed other passions of his; skiing and sailing. Corky was a natural on the water and spent time as coxswain on the University of Washington crew team.

From 1955 through 1957, Corky was the mountain manager at White Pass Ski Area. He was instrumental in the construction of White Pass and in addition to many ski runs and lifts that have become mainstays in the Cascade Mountain ski areas including Seventh Heaven at Stevens Pass, which he built and named. During the construction of White Pass, he became a life-long friend of Dave “Spike” Mayer and acted as manager of White Pass area when Dave’s twin sons, Phil and Steve, traveled to 1982 World Championships in Schladming, Austria.

In 1958, Corky joined the Riblet Tramway Company in Spokane, WA in a position that combined his engineering background and love of skiing. At the time, Riblet was one of the largest ski chairlift manufacturers in the world and was responsible for the construction of dozens of chairlifts in the mountains of the western US including at Squaw Valley in preparation for the 1960 Olympics. Corky, and the Riblet crew, were responsible for the smooth running of the chairlifts during the 1960 Olympics ski events which enabled him to also attend the US Olympic Hockey Team’s gold medal game. He worked for Riblet for fourteen years, and as a second career recycled and ran several of the retired lifts and a gondola at Washington and Oregon State County fairs. If you happened to ride the gondola at the Puyallup Fair or at the Seattle Center, before the construction of Benaroya Hall, you probably met Corky along the way.

Courtney and Virginia “Ginny” Lee Wyman were married on June 3, 1963, in Billings, Montana. They settled in a home on the shores of Liberty Lake in Spokane, Wa where they started a family. In 1971, Corky and Virginia moved their family to a home on Lake Washington in Kirkland, WA and bought the Seattle Center Sky Ride. The Sky Ride first debuted at the World's Fair in Seattle in 1962 and subsequently in 1980, Corky moved the ride to the Puyallup Fairgrounds and operated the Sky Ride until 2004.

Corky’s beloved wife of twenty years was diagnosed with bone cancer, and passed away on September 19, 1983. They had many happy memories raising a family, cruising on their sailboat Karesta on Lake Washington and in the San Juan Islands, and working the fairgrounds together; Corky on the Sky Ride platform and Ginny in the ticket booth.

Corky found his second love literally next door and married Carol Ness Gephart December 27, 1987 at Park Ridge Chapel, Bothell WA. He warmly embraced Carol’s children and became a father-like figure to them and her grandchildren. Corky and Carol lived in La Conner WA for 27 years where they continued to sail Karesta in the Puget Sound including an annual trip to the Friday Harbor Jazz Fest.

Corky and Carol attended church regularly and had a deep faith in God. They recently moved to Puyallup, WA to be closer to Carol’s children and to continue their retirement with friends and family.

Share Your Memory of
Cortney
Upload Your Memory View All Memories
Be the first to upload a memory!
Share A Memory