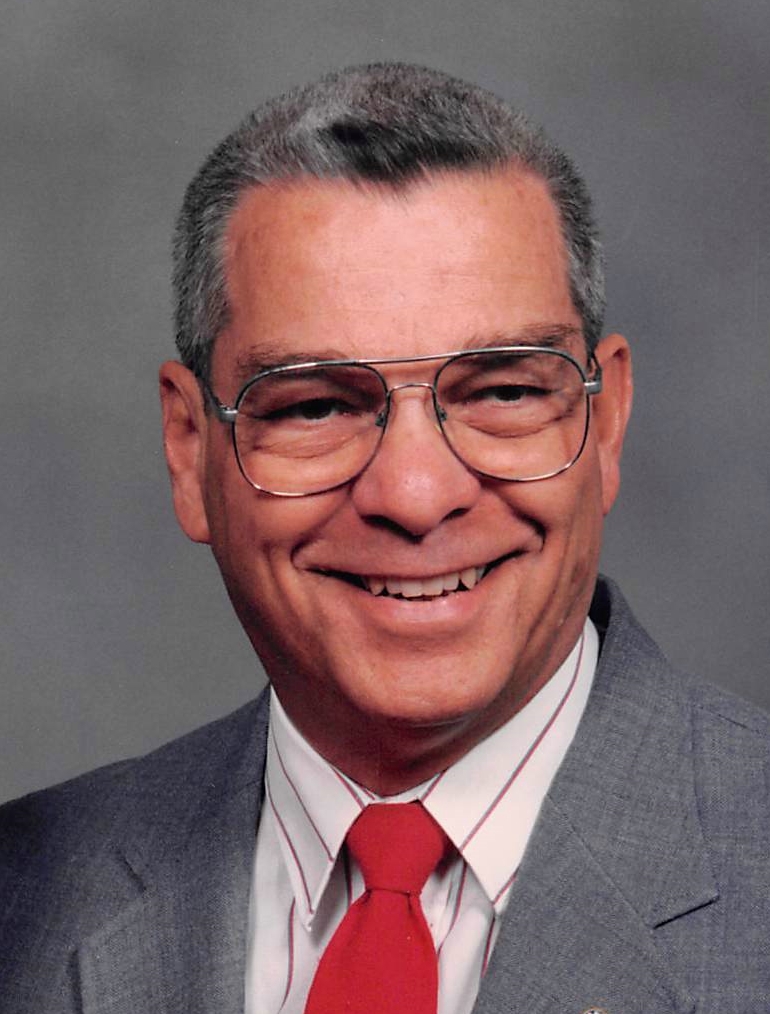 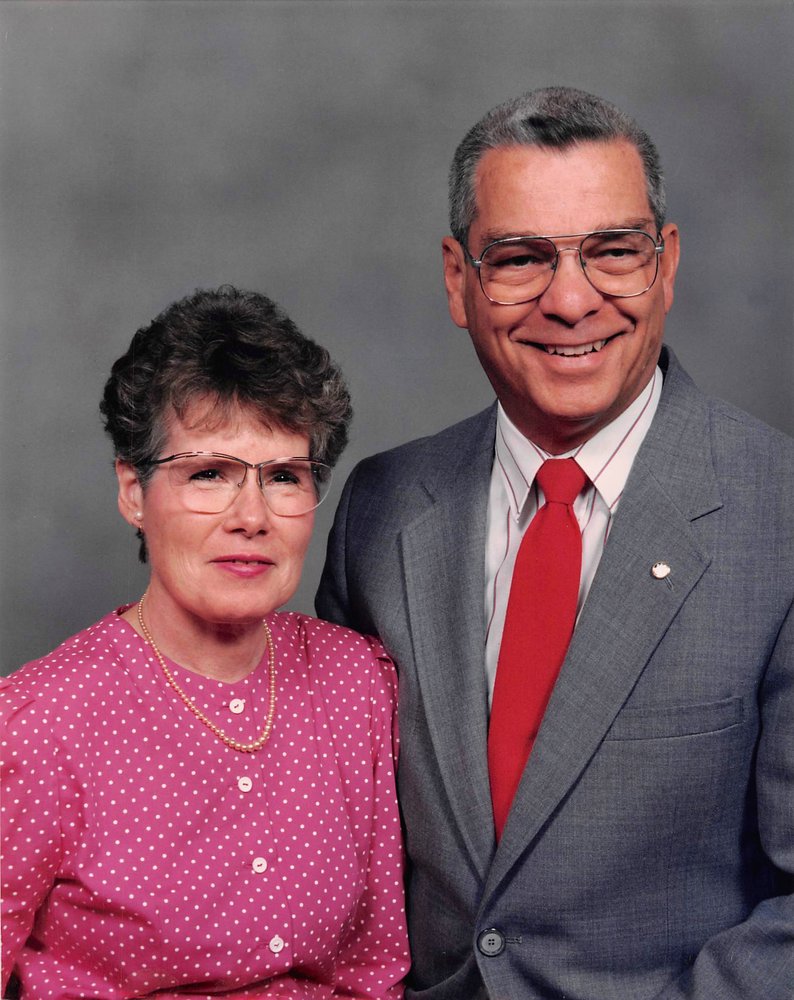 Sandy Morton and Florence Crawford met in their church youth group, led by Rev. Wilbur J Antisdale and his wife, Bess, Sandy’s sister. Sandy served in the Army Air Corps from 1944 until the war’s end, and they married in 1948. During those early years they had each made Jesus Christ the Lord of their lives, and their marriage was based on, and strengthened by, that commitment. In 1954, the family, now including Barbara and Sharon, moved to Sunnyvale, California, where they lived until 1979.

Sandy and “Flossy” were founding members of Valley Church, located in Cupertino, California. He served on the Board of Directors, led congregational singing, and taught Sunday School, and Flossy created and sustained the church library. Together, they quietly loved and influenced the lives of many young people.

Over the years Sandy worked in several professions: with his brother Ed in their camera and music shop, at Eastman Kodak, and at Lockheed (Missiles and Space Division). At the encouragement of Lockheed, Sandy completed his BS in Electrical Engineering at San Jose State College, graduating in 1961. His daughters remember well the phrase, “Shhh! Daddy’s studying!” His training led him to work for several private contractors who provided “Black Boxes” used to gather sensitive intelligence for the United States government during the Cold War. His work was an important part of national security during the 1960s to 1980s. Look up Operation Ivy Bells for one example of the work Sandy did.

When Sandy retired, they moved to Mount Hermon Conference Center, in the Santa Cruz mountains, helping with the ministries there. Retirement was not dull. In Saipan, Sandy built an antenna for Far East Broadcasting Company, working with his college roommate, ByrdBrunemeier. Florence helped out in the FEBC office, enduring the presence of geckos on the office walls! Returning home, they helped facilitate fund-raising banquets for FEBC.

He could fix almost anything electrical or mechanical. Sewing machines, Kitchenaid mixers, and many other small appliances were resurrected and given new lives because of his expertise. He was a gifted woodworker and made beautiful furniture for Florence. Together they crafted many decorative items that they sold in a local shop near Mount Hermon. In 1989 he ventured into carving realistic, detailed duck decoys, which received prizes and were featured in select gift shops.

Sandy loved airplanes. As a boy he made, and flew, countless model airplanes, perfecting crafting techniques that would serve him well later in life. When he and Florence moved to Issaquah, Washington in the late 1990’s, he became part of the R/C model airplane community at Marymoor Park, flying his Curtiss Jenny and Albatros Taube.

But the highlight of his life was his work at The Seattle Museum of Flight, the ideal place for his passion for aviation to flourish. He logged over 10,000 volunteer hours as a docent, repaired damaged models, and built the museum’s scale-model Wright Flyer in the Birth of Aviation display, and the Montgolfier Hot Air Balloon that hangs in the Gallery.

Mondays at the Museum gave him the chance to tell stories of courage and heroism, honoring those men and women who shaped and defended the country he loved. The other docents and staff became his second “family,” and when he was no longer able to join them physically on Mondays, they included him in virtual briefings.

His last two years were focused on Florence, serving as her anchor and comforter as they lived together at Caring Arms One, an adult family home in Puyallup. Together, they have lived a full life.

To send flowers to the family or plant a tree in memory of Alex Morton, please visit Tribute Store

Share Your Memory of
Alex
Upload Your Memory View All Memories
Be the first to upload a memory!
Share A Memory
Send Flowers