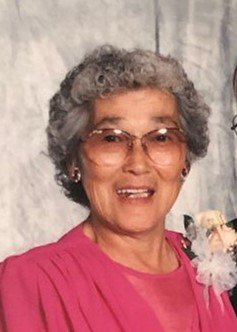 Longtime Puyallup Valley resident Toyoko "Toy" Kase, 95, passed away August 6, 2020 in Milton. Born April 21, 1925 in Tacoma to Kihichi and Chiyo Kusumoto, she grew up in Fife until WWII broke out. Her family was relocated first to the Puyallup Fairgrounds and then to Camp Minidoka in Hunt, Idaho where she completed high school before returning to the Puyallup Valley after the war ended. She worked in various hospitality positions throughout her life. Toy moved to Chicago for three years in the mid-1950’s returning to her home state prior to marrying Torao Kase on September 17, 1961 in Seattle. Their daughter Gloria was born several years later and they lived there until 1972, at which time they returned to her hometown of Fife. She remained in the area until her death, spending the last nine years at Avalon Adult Family Home in Milton.

Toy loved her family, granddaughter and friends and was an excellent cook. She was known for her baked goods, especially her zucchini bread and freshly baked pumpkin and custard pies.

She is survived by her daughter Gloria (David) Saraye, granddaughter Jaime Wong, and extended family.

Special thanks to Rey and Lorna Ureta, Peter Mwangi, Pauline Kinyua and CHI Franciscan Hospice for taking such good care of Mom during the last nine years of her life.

Private services will be held at a later date due to the current pandemic. Final resting place will be at Tahoma National Cemetery in Kent, WA alongside her husband. Donations may be made to your favorite charity in Toyoko’s name.

To send flowers to the family or plant a tree in memory of Toyoko Kase, please visit Tribute Store

Share Your Memory of
Toyoko
Upload Your Memory View All Memories
Be the first to upload a memory!
Share A Memory
Send Flowers