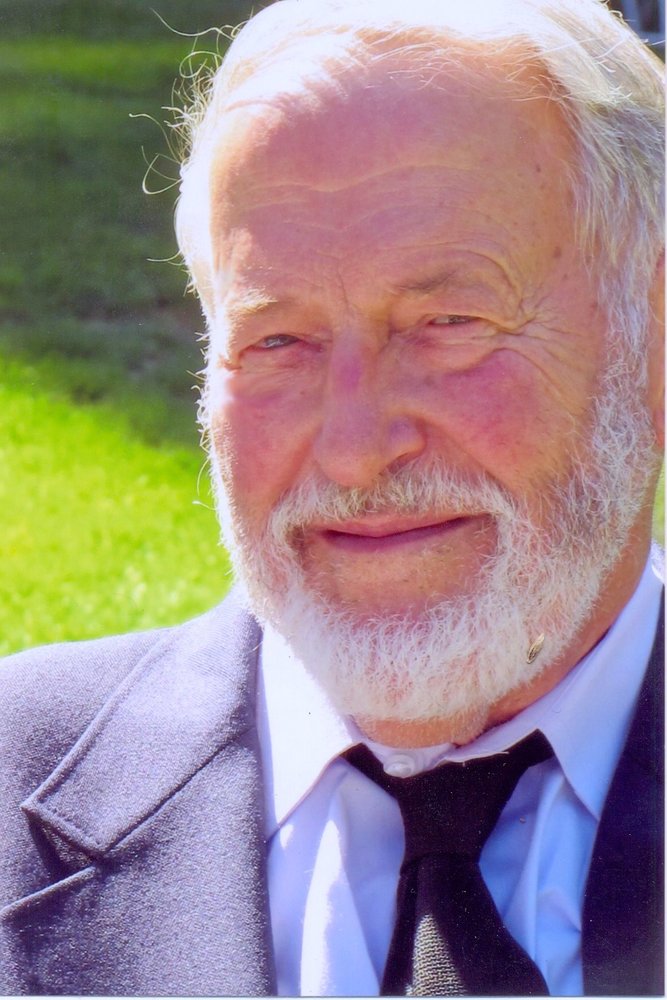 Edwin Hugh Benton was born on June 22, 1931 in Seattle, WA,  to parents Ivy E. Benton and Robert H. Benton.  He was the middle of three children (he had an older sister and a younger brother).  His parents moved to Puyallup, WA, when Edwin was a young boy, and he spent the majority of the rest of his life there.  As a child he enjoyed working on model airplanes and experimenting with fireworks, especially cherry bombs.   Fortunately, he survived his childhood with all digits intact and went on to become an electrician in the navy from 1950 to 1954.  He served during the time of the Korean War on a Navy destroyer escort, serving as an inner communications electrician.  He also worked maintaining the gyro compass, and a acted as a gunner  during times of conflict.    While on shore leave in 1953, his sister,  Roberta, set him up on a date with a young farm girl from Evergreen Valley named Nancy Bolender.  Despite a disastrous first date with two flat tires, they ended out marrying on September 25, 1954.   They were married for 65 years before Edwin’s passing and had five children – one boy and four girls.

Edwin and his mother Ivy established a thriving floral shop in Puyallup in the late 1940s.  He continued to work for, and eventually owned the florist shop (Benton`s Twin Cedars Florist) until it was sold in 1981.   He was known in the community for making beautiful funeral sprays and wedding baskets.   After selling the florist shop, he was able to use his electrical and maintenance skills working for Pacific Lutheran University for about 13 years.  In his retirement years he enjoyed traveling, reading and talking with people about his favorite subjects (healing, nutritional supplements, and his love for Jesus).  He volunteered for many years helping the homeless in Tacoma and loved to talk about his volunteer experiences.  He was a faithful family man and church member who delighted in being with his family and serving in various capacities at church.   He will be fondly remembered for his love of telling jokes and his love of Jesus.  He is survived by his wife Nancy, brother and sister, five children,  16 grandchildren and 15 great grandchildren.

To send flowers to the family or plant a tree in memory of Edwin Benton , please visit Tribute Store
Tuesday
17
March

Share Your Memory of
Edwin
Upload Your Memory View All Memories
Be the first to upload a memory!
Share A Memory
Send Flowers