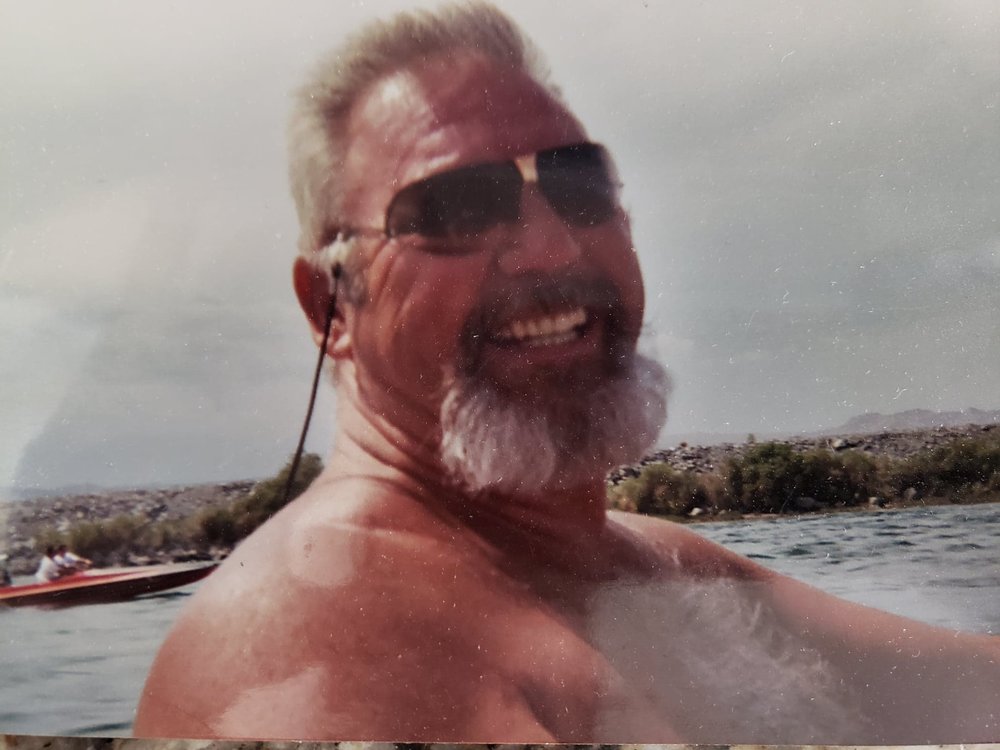 Patrick Enwright Beck passed away peacefully at the age of 70 on 2/28/20.  Born in Staunton, VA, Patrick was raised in the Port Orchard/Bremerton area by his parents Brennor & Marie Beck. He served in the US Army, earning the rank of SGT. He served at Fort Lewis, WA and in Germany with the 64th Armor Regiment as a Tank Commander. After the military he spent most of his time living in Boulder City, NV where he retired as a mechanic from the Las Vegas United States Postal Service.

Beyond friends and family, Patrick had a lifelong affair with classic cars and drag racing and could often be found on the water in his Wicked jetboat. Anyone who met him will remember his great sense of humor, his gift of gab, love of music, love of dogs, and his pride in lending a hand to others. Pat worked hard, loved hard and played hard.

He is proceeded in death by his parents, and is survived by his daughter Brittney Hamilton (Christian) of Orting and brand new grandson Frankie, his brothers Brennor Beck (Sue) of Gig Harbor, Charles Beck (Janice) of Silverdale, Broussais Beck (Maryann) of Seabeck, and Joseph Beck of Port Orchard plus many nieces and nephews.

Graveside service will be held at Tahoma National Cemetery on Thursday March 12th at 230pm.

To send flowers to the family or plant a tree in memory of Patrick Beck, please visit Tribute Store
Thursday
12
March