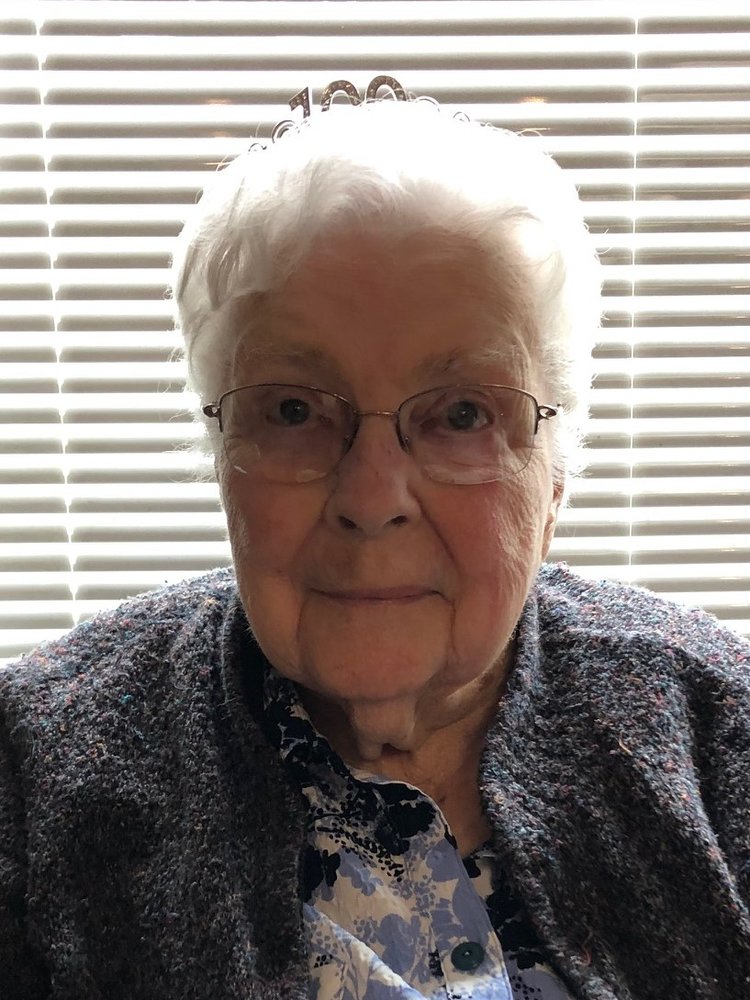 I, Elizabeth G. Baker, was born to Charlie N. Baker and  Altha M. Rolfe on June 23, 1919 in Puyallup, Washington. My Mom & Dad met in the Hop Fields of Orting where they were picking the blooms off the hop vines. The blooms were then sent to market and sold to beer companies for use in flavoring beer.

I had two sisters and one brother. Evangeline, Myrtle & Edward, all of whom preceded me in death.

When I first met Douglas E. Scott (Scotty to his friends), he was living with his Grandma Emma & Aunt Mary in Puyallup close to where I lived born October 9, 1921 in Chehalis, Washington. Doug was the son of Douglas E. Scott & Violet J. Hutchinson. His Mom & Dad divorced, and he unfortunately did not see his Dad much after that.

Doug's Aunt Mary was one of my girlfriends so he would come with her when she came to visit me. He was about 9 and I was 11 years old. We played with the old wind up phonograph so we  could sing & dance. I bet that was a site. At about 14 years old Scotty moved with his Mother, Violet and Stepfather

Jim Bigelow to Grand Coulee to work on the dam. Young boys during this time of the depression were allowed to work at these very dangerous jobs.

Doug and I did not meet again for many years. In fact, we both married other people. Doug was drafted into the US. Army and was sent to England where they were training for the landing on Omaha Beach in France, on D Day, June 6, 1944. He was among the first wave of soldiers to land on Omaha Beach. He spent 2 1/2 years in that campaign going through France, and Germany up to the River Elbe.

I was blessed to have him come home so we could meet again at his Gramma Emma's home a few days after his return home. We knew we were to be together and were already friends, so we started dating. We were married on Aug. 9, 1947.

We lived in many places after we were married such as a small home that my Mom & Dad  had built for me before we were married. Then we moved to a home on Portland Ave. in Tacoma, followed by a  home on Canyon Rd. We were a moving family, moving again to Fern Hill (Ainsworth & So. 90th, Tacoma), living there for about 4 years, then moving to Kapowsin, Washington onto 77 acres. The home was not completed in Kapowsin, but livable. Dad finished it and then added on to it. Our kids grew up in this wonderful home. After all but two of our children had left home, I wanted my dream home built so I drew up the plans and Dad had it built just several hundred feet from the old home.  Over 4,000 sq. ft., lots of room and a beautiful home.

While raising our children in Kapowsin, I decided to complete my education, as I had not finished the last few months of my senior year. I earned my GED and then followed my dream by completing nurses training and becoming an LPN in 1969.  I worked at Good Samaritan Hospital in Puyallup for 15 years before retiring.

After Doug’s retirement from Darigold and my retirement from the nursing field, we were on the move again. We bought a home in Hawaii and lived there for 4-5 years.  We made some life-long friends and many wonderful memories while in Hawaii. However, I got lonesome for my kids, so we sold and came back home to my dream home in Kapowsin. Living there for some time we sold and moved to an adult mobile home park at San Souci in South Hill, Puyallup. Again, this was a place where we made many life-long friends.

Eventually, we felt the need to live closer to family, so we sold again and moved into a little home on our daughter’s property in Spanaway. In January, we moved into her home where we could be better cared for by various family members. We enjoy having our children (and son- and daughters-in-law)  come to be with us throughout the week to take care of our needs.

Memorial Service will be held on Saturday, December 7, 2019 at 1:00pm at Hill Funeral Home in Puyallup.

To send flowers to the family or plant a tree in memory of Elizabeth Scott, please visit Tribute Store

Share Your Memory of
Elizabeth
Upload Your Memory View All Memories
Be the first to upload a memory!
Share A Memory
Send Flowers