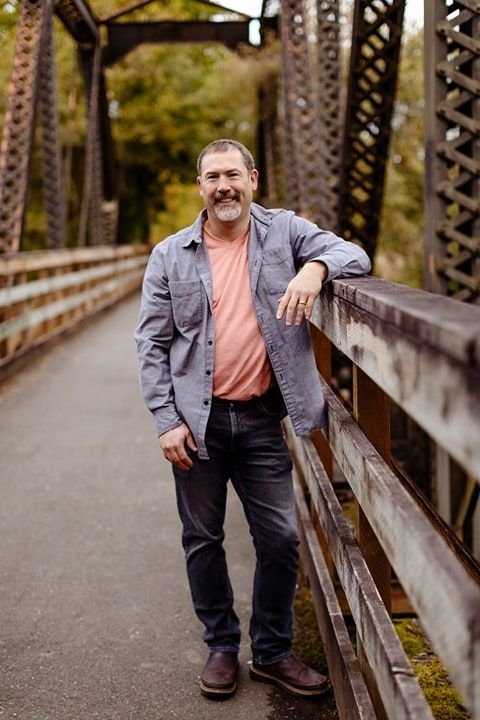 Joseph “Joe” Vernon Nelson of Graham, WA was born in Portland, Oregon on January 19, 1977, the son of Alan “Al” and Linda Nelson.  He was one of 3 children. Joe grew up in Ashford, WA and graduated from Eatonville High School where he enjoyed participating and excelling in a variety of sports. He then attended Pierce College for 2 years, followed by 3 years at Washington State University earning a degree in Mechanical Engineering.

During his second year at WSU, Joe met and married the love of his life, his wife, Tiffany Nelson, on May 15, 1999.  Together they have 6 beautiful children.  Being a father and husband was the most important part of Joe’s life along with his personal relationship with the Lord.  Joe enjoyed spending time with his family, cheering for his kids at their sporting events and serving in their local church.

Joe was a WSU Cougars fan and everyone knew it.  He enjoyed working outside organizing and cleaning up their property (many times telling the family “we have a little bit of work to do” yet 10 hours later…), camping and keeping stats for his fantasy football drafts (hardcore with spreadsheets and all).  He will always be known as a loving, kind, honest, smart, quick witted and stubborn man.  Joe was willing to do anything to help someone in need, he led by example and believed in making a plan and working hard. He was competitive and he liked to win and was known to do just that.

Though it was sudden and unexpected, after kissing his wife goodbye and leaving for work on Friday, November 22, 2019 Joe was called home to be with the Lord, at 42 years of age. We know that his passion for life, love for his family and dedication to the Lord will live on in his family and friends.

Survivors include his wife, Tiffany Nelson and their six children; Riley, Paige, Brynn, Joey, Levi and Ian of Graham, WA. Grandmother, Geraldine Nelson and husband Bob Cook of Puyallup, WA; father and mother, Al and Linda Nelson of Ashford, WA; sisters, Angela Nelson of Kent, WA and Jerilyn and Byron Webb of Salem, OR; three nephews, Quincy Webb, Parker Hansen and Greyson Hansen and two nieces, Lauren Webb and Giuliana Mija. Father in law and mother in law, John and Tina Hansen of Tacoma, WA; Brother in law, Christian and Melissa Hansen of Puyallup, WA and many aunts, uncles and cousins are among Joe’s loved ones.

Joe was preceded in death by his grandpa Ray Nelson, grandma and grandpa, Norma and Mark Wyland.

Memorial Service will be held on Wednesday, December 4th at 11am, at Puyallup Nazarene Church, 1026 7th Ave  SW, Puyallup, WA 98371, with reception to follow. The family asks that you wear Cougar Crimson to the service in honor of Joe and his dedication as a fan.

To send flowers to the family or plant a tree in memory of Joseph Nelson, please visit Tribute Store