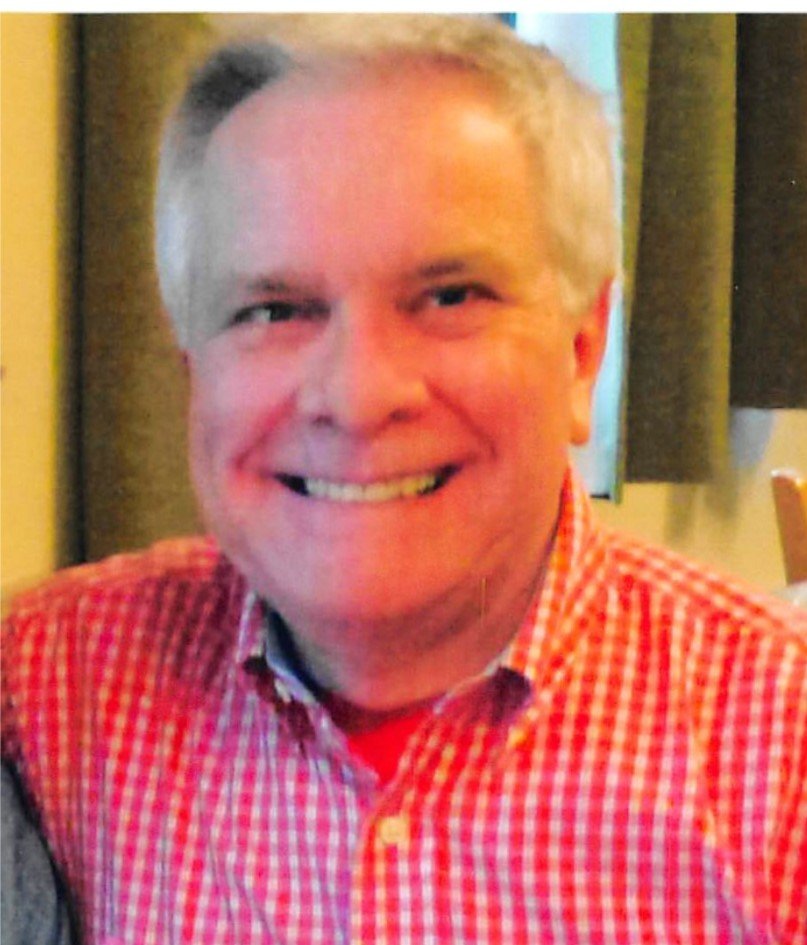 What wife wants to write her husband’s obituary?  It is the most heartbreaking task. But I will write Gary’s, because this brave and honorable man deserves final good words.

November is Pancreatic Cancer Awareness Month.  How ironic that this deadly, relentless disease claimed the life of my sweetheart on November 17, 2019.  He died peacefully in his sleep, around 5:30A, at Life Care Center of Puyallup, WA, where he’d been a resident for three weeks.  In this merciful manner, God in His love ended almost three years of Gary’s suffering.  Thank You, Jesus!

Gary was a true Cali guy, born in Los Angeles, February 26, 1944, and lived in Fillmore, Ventura County, until our marriage, June 14, 1964.  He was a 1961 Fillmore High School graduate (the “Flashes”), attended both Ventura and Long Beach Community Colleges, and graduated as a Cal State Long Beach “Forty-Niner,” ultimately with two degrees.

Growing up in Fillmore, CA, a small, rural, citrus-growing town, Gary loved to recount his memorable experiences.  A few:  playing in the wildness of Pole Creek; making mischief at Halloween time’s “gate night.”  (Apparently fence gates disappeared; not sure how owners reclaimed them.) Pulling a wagon loaded with avocado-filled paper sacks through the neighborhood, hoping to earn spending money from kindly purchasers.  If I recall correctly, his sister Carol was his sales buddy. There exists in my memory some tale of being on top of a water tower (star gazing? stacking gates?) and eventually being rounded up (or down) by a town police officer.  Wish I’d listened more carefully.

Throughout his teaching career, Gary was respected for his kindness and ability to adapt the industrial arts curriculum to students of all abilities.  While another teacher might have been overwhelmed by a number of special needs students in one woodworking class, Gary taught every kid with patience.  And no one ever cut off a finger in Aardappel’s classes!

I would be remiss, though, if I didn’t share some of Mr. Gary’s shenanigans, especially those of his Anacapa Junior High School, Ventura, CA, days. He would ask for a volunteer to lay atop a woodworking table.  Being junior high boys, he never lacked a subject. As he went through this particular prank, he’d announce that he was going to measure the student for his “coffin” (quite poignant when we think of that now.)  Out came the tape measure:  length of sleeve, height, circumference of waist.  Then came the moment:  the measurement for length of pants, which included raising the kid’s leg and pouring a (hidden) cup of cold water down his pants’ leg.  Yelling and laughter.  (Remember, we’re talking about the 1970s.)

When teaching for twenty-two years at Bethel High School, Spanaway, WA, he (often with other teachers’ cooperation) would send a student (with a proper hall pass, mind you) from class to class.  The unsuspecting student would ask each teacher, in turn, if Mr. Aardappel could borrow:  the left-handed monkey wrench; the sky hook; the board stretcher.  Our Gary.

Gary often told of his joy in attending church youth group at Fillmore First Presbyterian Church.  Youth mission trips were highlights of his teen years, including a work trip to the interestingly-named Tuba City.  He relished “laying a brick for Jesus.”

And he loved to sing choruses from the little red/white/blue, wire-bound song book Youth Sings.  To him, the best choruses, songs, hymns still are the historical, traditional ones telling stories of sinners finding grace and mercy at the foot of the Cross, where Jesus Christ died for each of us.  Two days before he died, I sang to him from that little book, at least I sang the ones I knew.  Our faces almost were touching.  I could tell he was listening to his old favorites.  That copy of Youth Sings is tucked into his coffin; I don’t need it any more without him.

While at junior high camp (Forest Home Christian Conference Center, Forest Falls, CA), at the age of thirteen, Gary accepted Jesus Christ as his personal Savior.  He “had decided to follow Jesus.  No turning back, no turning back!” He repeated to me throughout our marriage that this life-changing spiritual decision was the very best he ever made.

Gary’s decision to follow Jesus undergirded all aspects of his life, both in sunshine and in shadow. Little did he realize that his faith would be tested severely and at great length when our daughter Julie was profoundly head injured, September 28, 1988. She lived for 22-1/2 years in a state of low consciousness, dying peacefully in her sleep, March 3, 2011, just as her dad did eight years later.  But his faith never wavered, although he did have his wonders.  Didn’t we all?

Sunshine in Gary’s life took the form of our son John’s service to our country, both in the Army and currently as a Federal Agent with the Department of State. We were able to visit John during his Army days, attending several special Army ceremonies, including promotions, during the 1990s—some of the happiest, proudest times in our lives.

Gary and I got off to a rocky start in 1962, when we both worked summer up in those mountains above Redlands, CA, at Forest Home.  After a bodacious water fight between a handful of guys (Gary and?) and gals (me and?), plus that bucket of water thrown into our cabin, I went out of my way to avoid him.  My cabin mate Linda and I marched down to the camp administration office and reported this watery incident.  And Gary did not make a wise decision afterwards by whispering “Fink” to me every time he passed by.  Which he made sure was often.  In the staff lounge, if there were an empty chair next to him at mealtime, I would continue walking right past and out the exit door.  Did not like that boy!  He constantly stared at me whenever I worked in the camp linen room, unfortunately located straight across from his maintenance shed.  He said he could tell I had arrived for my shift by the overwhelming smell of Tabu perfume.

But Gary’s persistence and God’s perfect will won out, and by the end of that working summer, we were engaged.  On Flag Day,1964, we married and actually did live happily ever after for fifty-five+ years.  My friend Diane told me decades ago, “You guys make me sick.  You’re just like two peas in a pod.” So true, my friend.  In sunshine and in shadow, Gary’s faith never wavered.  And he never threw water at me again.

Gary was a prankster at home sometimes, and I once was the target of “Operation Mel Gibson.”  During the 1990s, I really, really liked that actor.  Whatever inspired Gary’s “fool you,” I never knew.  Somehow, somewhere, he copied a thumbnail-size, colored photo of Mel Gibson.  How he accomplished this next part, I also never knew.  He removed photos of the two of us from the frames, stuck Mel’s head over his own in the photo, put the doctored photos back in their frames.  We’re talking photos of us in multiple rooms of our old house.  After about two weeks’ ignorance on my part, Gary—probably exasperated—asked me if I noticed anything different about our pictures.  That would be an everlasting “Duh!” you heard.  What a creative, sweet fooler.

You may have guessed that the “dreaded day” in the title of Gary’s obituary was the discovery in March, 2017, of pancreatic cancer.  But far more blessed was the “glorious day” of his peaceful entrance into Heaven and his Savior’s presence.  Gary would want me to ask you if you have considered what happens to you when you die.  Jesus said He is the only way to the Father.  Gary chose the path to eternal life at the age of thirteen.  How old will you be when you make up your mind about eternity?  Because that kind, patient, sweet man named Gary Walter Aardappel wants to see you again.  God bless the boy.

“I have fought a good fight, I have finished my course, I have kept the faith…” II Timothy 4:7.

Share Your Memory of
Gary
Upload Your Memory View All Memories
Be the first to upload a memory!
Share A Memory
Send Flowers