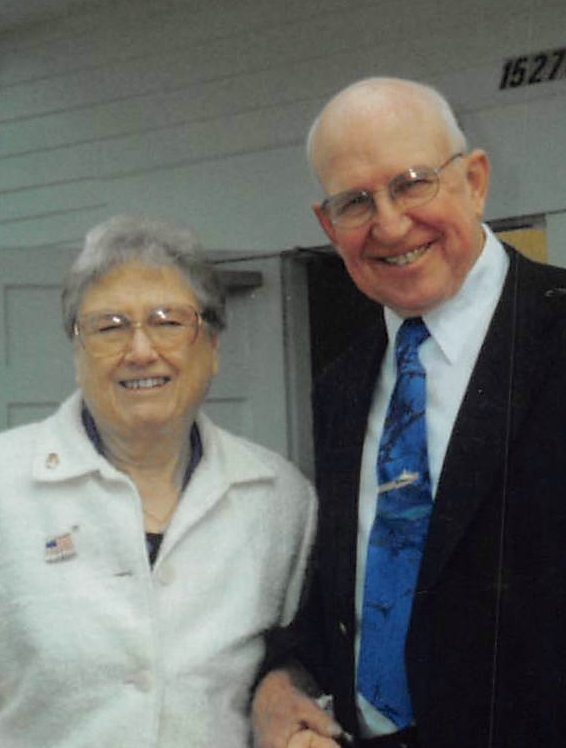 Robert was born December 7, 1930 in Roy, NM and he died October 27, 2019 at his home in Tacoma, WA.  He moved from Roy to California with his parents Douglas and Lucy (Ballard) Meeker in 1937 during the Dust Bowl.  They worked their way west following the crops.   His older brothers found whatever jobs were available.

In 1948, Bob joined the Navy as a cook.  His duty stations included Barber's Point in Hawaii, Midway Island and USS Laertes AR 20 which saw him off the Korean Peninsula.  In 1954, he became a machinist, and met and married Myra Waid (nee Davis)  They raised their family in Southern California and then in WA.  In 1967 Bob got a job at Boeing and moved to Tacoma.  In 1974 he became employed in shop 31 at the Puget Sound Naval Shipyard.  He retired in 1993 as an instructor.

Bob enjoyed a good baseball game and introduced his children to the adventures of cross-country road trips, camping, hiking and deep sea fishing.  He was active in YMCA Indian Guides and Scouts with the boys in California.  When the family moved to Washington, he participated in Grange activities as well as helped Myra and the girls in 4-H.

Bob had a special love for animals-from the cats to little poodles to Max the Chesapeake Bay retriever and Charlie the goat, along with many more.

Bob and Myra were active in the Lutheran Church both in CA and then in Tacoma.  Bob taught Bible Study every Monday for over 40 years.

After retirement, Bob participated in the restoration of a Bolo B-18 bomber which is presently on display at Joint Base Lewis-McChord (JBLM).

Bob was preceded in death by his parents, three brothers, one sister, and his wife Myra.

To send flowers to the family or plant a tree in memory of Robert Meeker, Sr., please visit Tribute Store