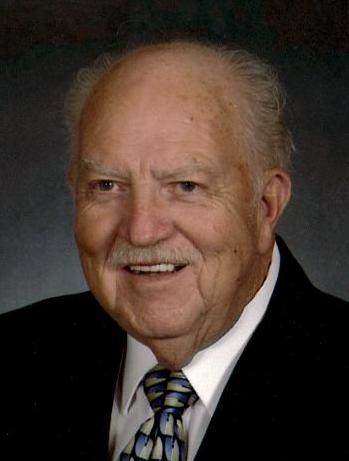 Bob was born and raised in Madison, Wisconsin. He was the only son of Carl and Mabel Rasmussen’s six children and is survived by his youngest sister Bernice Day. He was a graduate of Madison East High School and earned his degree in Business Administration at the University of Wisconsin---Go Badgers!!. He relocated to the Pacific Northwest upon securing employment with the Boeing Company where he worked for thirty-three years as a project manager making the Northwest his home. Bob was a Korean War Army Veteran serving stateside with 123d Infantry Regiment at Fort Lewis.

Bob enjoyed life to the fullest. Whether he was traveling with Shirlian in their fifth wheel to Minnesota, California, and Arizona or in his more adventurous days---riding scooters with his son and daughter-in-law, Bob loved being involved with his family. He was always willing to share his expertise and lend a hand on projects---gazebos, cement pours, decks. He was not a sideline participant. With the help of family and friends, Bob custom built his own home in Kent doing much of the work himself.

While raising his six children, he took on the role of Den Master for his sons’ Cub Scout Troop and worked as President of the Washington State Junior Soccer Association. Weekend soccer games were a calendar staple. Camping and fishing were family favorites---Long Lake and Millersylvania State Park were familiar stops and visited often. Long road trips to Wisconsin to visit extended family always included a stop at Custer’s Last Stand, Chief Crazy Horse Monument, and of course, Mount Rushmore. Bob encouraged his children in all their endeavors---listening without judgement, offering advice if asked, and praying continually for their safety and success. Bob’s children and eventual grandchildren were his pride and joy. His arms were always open to give and receive a hug followed by an immediate “I love you.” (We will ache for those hugs.)

Shirlian: devoted wife, friend, confidant, soul mate was Bob’s EVERYTHING. They enjoyed traveling, visiting family and friends, playing bridge with neighbors plus participating in church activities, Bible study and attending service together. Attending family gatherings and celebrations took up many spaces on Shirlian’s calendar. (He truly needed her organization!!) They were an extremely busy couple and in high demand. Memorable trips included traveling to Arizona when the rainy, cold weather attacked the Northwest, a steamboat adventure up the Mississippi, and a cruise to Alaska. Bob and Shirlian enjoyed each other’s company completely. Whether quietly reading, watching the news, or challenging each other to a game of Cribbage, Bob and Shirlian just desired to be together---always.

As much as Bob truly loved his wife and family, his relationship with Jesus was always the most important relationship in his life. His love of God the Father and reliance on the Word was at his core. He prayed continually and enjoyed discussing Sunday sermons while tucking into a side of sausage gravy over hash browns. He was baptized and raised Lutheran Missouri Synod. He was an active member of Immanuel Lutheran’s Choir and a regular attendee of the Men’s Breakfast Bible Study. Currently, he and Shirlian are members of Our Savior Lutheran Church.

Bob is home with his heavenly Father and for that we say Amen.

A Celebration of Life service will be held at 1:00 p.m. on Saturday, September 7th at the Hill Funeral Home, 217 E Pioneer, Puyallup WA.

In lieu of flowers, memorial gifts made be made in Bob’s honor to the Tacoma Pierce County Chaplaincy or to a charity of your choice.

To send flowers to the family or plant a tree in memory of Robert Rasmussen, Sr., please visit Tribute Store