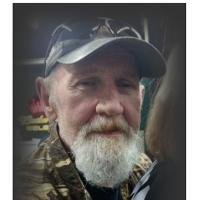 Douglas Beryl Sanders, beloved husband, father and friend returned to his heavenly home on July 20, 2019, at the age of 64.

Douglas was born in Great Falls, Montana to parents Lois and Beryl Sanders. In 1986 he married his best friend in life, Rebecca, who he spent 33 wonderful years with.  In 1989 Douglas and his family moved to Washington where he worked for Boeing as a Waste Treatment Plant Operator for the last 30 years.

Douglas was devoted to his family and spent much of his time with his children and grandchildren. He enjoyed spending time outdoors fishing, camping, boating, and hunting.

He is survived by his wife, Rebecca; his sons, Jason and Josh; his daughters, Wendy and Shannon; his grandchildren, Taylor, Santana, Christian, Madison, Lily and Serenity; and his siblings Jack Sanders and Kay Allan.

He was preceded in death by his mother, father, and sister Joann Walsh.

A Celebration of Life will be held at 1pm on Sunday, August 4th, at Hill Funeral Home, 217 E Pioneer, Puyallup, WA.

To send flowers to the family of Douglas Sanders, please visit Tribute Store

Share Your Memory of
Douglas
Upload Your Memory View All Memories
Be the first to upload a memory!
Share A Memory
Send Flowers