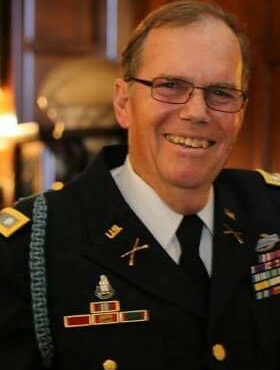 Lieutenant Colonel David Paul Wilson, U.S. Army (Retired), most recently of Puyallup WA, peacefully passed unto Our Lord on September 27, 2021 at the age of 77.

David grew up in Hemet, CA graduated from Washington High School in San Francisco, continued his undergraduate studies in San Francisco, and later received his masters from the University of Southern California (USC).

A man of supreme courage, David joined the U.S. Army in 1967. As part of his service, David served two tours of duty in Vietnam. While David was never boastful, his accomplishments during those tours led to a variety of decorations and citations including, but not limited to: a Combat Infantryman’s Badge, Silver Star Medal, numerous Bronze Star Medals, and two Purple Hearts; his later service would see him receive numerous Meritorious Service Medals, the Joint Service Commendation Medal, and Army Commendation Medal, amongst other service related achievements. During his tenure in uniform David served in a variety of training command and Pacific theater planning positions, having been stationed in Japan, Hawaii, Fort Bliss, TX, and Fort Carson, CO later retiring from the Army at the rank of Lieutenant Colonel in 1989. Even in retirement, he was an active member of the 31st Infantry Regimental Association. The family is incredibly proud of David’s service.

In 1969, David met the former Cu Thi Kim-Phi while they were both serving in El Paso, Texas at Fort Bliss; they were married shortly thereafter. David and Kim-Phi have three beautiful children (Sandra K. Wainwright MD, Daniel P. Wilson, and Mary Wilson Kellar) in whom he was extremely proud.

After his military retirement, David continued to serve others by working in Washington’s Department of Social Health and Services (DSHS) Child Support Enforcement division for 20 years, serving as a team lead.

David was a man of God, having faithfully participated and led activities associated with his faith at Parkway Presbyterian Church, where he was a church elder.

David is survived by his wife, Kim-Phi, his children: Sandra, Daniel, and Mary, and his beloved grandchildren: Gavin, Ava, Erika, Baron, and Christian.

Hill Funeral Home in Puyallup, WA will host a viewing on October 11th from 4-7 pm. All friends and family are welcome to pay their respects.

David will be interred at Tahoma National Cemetery with full military honors. Interested parties may visit David in his final resting place beginning in late October.

Flowers may be ordered through this website directly or you may also call the funeral home for guidance, 253-845-1172.  You may leave comments/messages for the family on this site by clicking on the tribute wall and following the prompts.

David’s legacy of service to God and his country will continue to live on through his family and in the hearts of the people he touched.