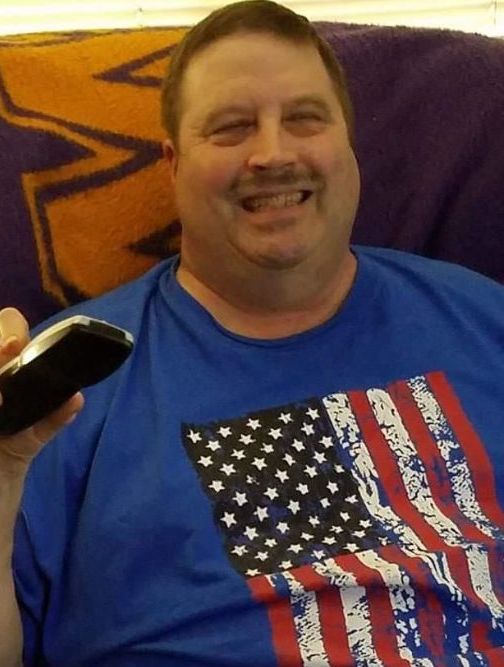 Ed loved his life. Faced every challenge with courage and determination. He had a beautiful smile and enjoyed making mischief. If there was trouble afoot you'd find Ed.

Ed was born on July 2, 1957 to immigrant parents William and Margaret Van Veldhouse in Lansing Michigan. He was the 2nd child, the first being his sister Wilma.

Ed's father moved the family to Everett Washington during the Boeing home building boom. He was a carpenter.

Ed was still in contact with his childhood friends Mark and Steve Matthews.

Ed worked as a paper boy until he got a job at Taco Bell. He graduated from Everett High School on 1975 and promptly joined the Army. He was sent to Germany and spent 36 months there. He was still in contact with Ron Wright, his closest Army buddy.

Ed met his wife Sheri at a going away party for a mutual Army friend on December 7, 1979. They started dating the next day. They were engaged in April and married August 23rd, 1980.

They enjoyed camping, hiking, playing, jeeping, and building their first house through a government program called House my People. That's where the owners put in 40 hours a week building their home. It took them 13 months to build 8 houses in Enumclaw.

After a few years, they were both working in Tacoma. Ed had gone from being a janitor to a Pest Control Operator for A-1 Spray Services. Later, Ed became a long haul truck driver for Swift where he traveled the lower 48 and Canada. When he decided that he was gone too much, he went to work for a company that just did the West Coast.

On December 15, 2000, Ed was critically injured when he was a pedestrian hit by a car at 68mph. Ed was given a 1% chance to live.  He struggled through multiple surgeries, a traumatic brain injury and a year of therapy but he was determined to finish his million mile quest. He did, returning to work in April of 2002. In November of 2002, he had his miles and he hung up his driving gear.

For the next few years, Ed kept improving.  He played with Special Olympics and went to state championships for bowling and golf.  He also played baseball and basketball and it made him happy to be in sports.

In 2007, he suffered his first heart failure. The doctors thought he had 3 months. He again showed them that was not true.  That was followed by a hip replacement and another heart failure in 2017.

He did what he could but was slowing down. The heart failure kept creeping up on him. He made the decision that he didn't want more treatment and took control over what was going to happen to him.

Ed is playing sports in heaven and running with their pets that have passed on. He will be missed by so many people but everyone is glad that he is no longer suffering.

There will be no services. Ed and Sheri, along with their pets ashes, will be mixed later and scattered.